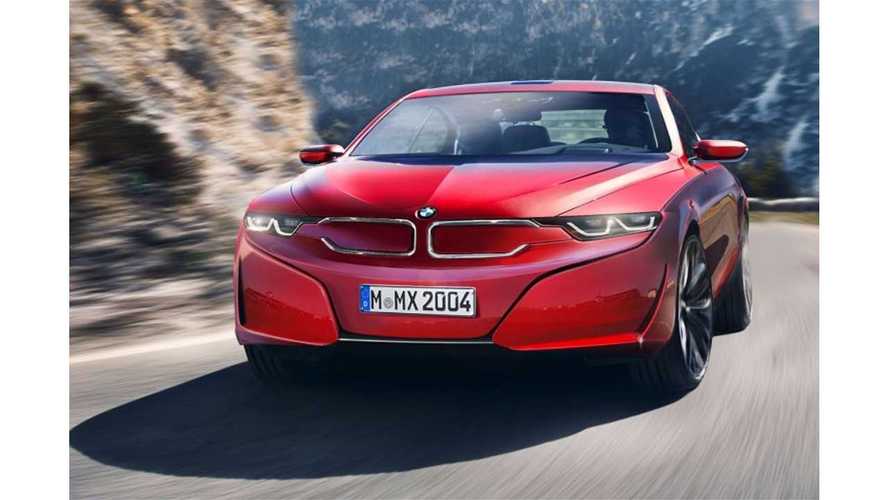 It's now believed that we'll see BMW's next plug-in i concept at the 2015 Frankfurt Motor Show.

Rumored to be called either the i5 or i7, with target volumes in the tens of thousands of sales worldwide annually, this upcoming plug-in Bimmer will be loosely based off the long-wheelbase iteration of the next-generation BMW 5 Series.

We suspect the i5/i7 will launch in or around the 2018 timeframe at a price comparable to the Tesla Model S.

Unfortunately, rumor has it that BMW will forego the all-electric route in favor of a plug-in hybrid in the form of a range-extended electric car.

It seems that the i5/i7 will basically be a more electric i8 that's capable of hauling entire families around.

"While suspension, steering, brakes and the basic packaging will by and large be adopted from the G38 5-series, the drivetrain of i5/i7 has evidently been inspired by the i8. At a glance, the layout actually looks remarkably like an i8 with the combustion engine up front and the main e-motor in the back. Again, there is no mechanical connection between the front and rear wheels. Although it is labelled PHEV, this, too, is in fact an electric vehicle with a more powerful range extender (BEVX)."

Electric range is pegged at 80-ish miles, rather solid for a REx, but not competition for Tesla.

"To underline its low-emission talents, i5/i7 boasts two e-motors, not only one like the i8. Depending on the driving situation and the momentary performance duties, it can be electric front-wheel drive, electric rear-wheel drive or petrol-electric all-wheel drive. While the i8 makes do with a 1.5-litre three-cylinder on steroids, the four-door sister model will likely feature a more relaxed and smoother running four-cylinder rated at around 245bhp."

If these rumors turn out to be true, then we'll be disappointed in BMW's effort.  With 200-mile pure electric cars available today and more coming soon, there's really no need to go the REx route, especially in such a high end car where battery costs can easily be recovered in purchase price.  We applaud the effort, but by 2018, cars such as the i5/i7 need to be pure electric, not overly complicated hybrids.