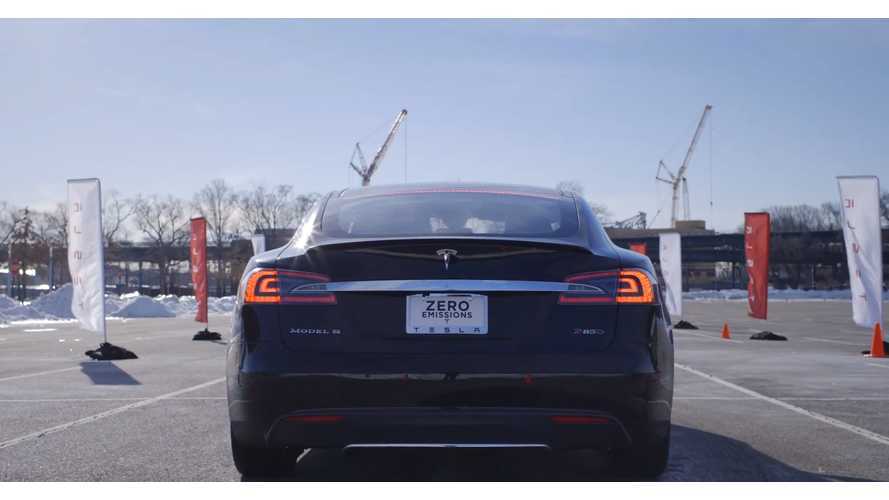 The 2-minute video above show Verge checking out the Tesla Model S P85D. Of course, even Verge can't resist some acceleration tests.

Acceleration is the main (and only) point of the video.  Verge shows us that the P85D is insanely quick.

There's not a lot to see in this video other than the Model S taking off in a blur, but still worth a watch if speed is your thing.

In case you are not aware, here are some specs on the Tesla Model S P85D.

Honestly, it's nearly impossible to believe that a family sedan that weighs nearly 5,000 lbs can hit 60 MPH in as little as 3.1 seconds! But this video, as well as countless others, show the P85D is capable of the near-impossible.