Driving 312 Electric Miles In BMW i3 In One Day 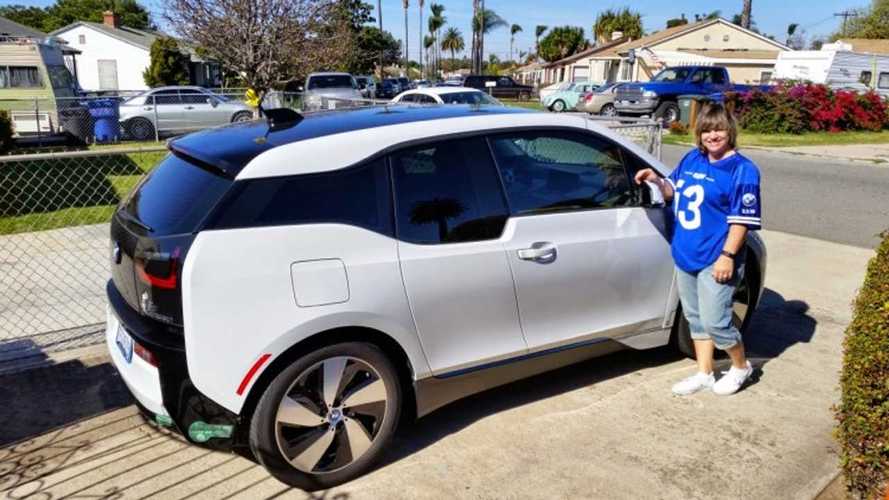 On November 11th, 2014 I was scheduled for a research study for my car in Sherman Oaks, California. From my house in East San Diego County, it is about 160-mile trip one-way.

On any given day this “normal” trip would take approximately 3-4+ hours in any vehicle with an engine (ICE) as the main power source. Those of us living in Southern California know the different routes to take to avoid traffic blunders, and are often looking for the carpool lane when it’s an option.

In order to arrive on time for my 2pm appointment, my husband and I had to build in a few charge/food stops; this set us to leave right after 8am. First, we stopped 39 miles away at the Carlsbad Premium Outlets to charge and grab coffee at Starbucks. *We charged for 30 minutes knowing we had enough range to reach our next stop in Santa Ana.

*Editor's Note: This post appears on "The Electric BMW i3" blog.  Check it out here.

We next stopped at Crevier BMW, 58 miles from Carlsbad. Just days prior they had installed four DCQC (SAE Combo) stations and we were on a mission to check them out. Normally we would not choose this route through Los Angeles, but since it was a Federal holiday we took advantage of the “lighter” traffic. We charged for an hour while our SOC (state of charge) reached 99%. While we didn’t plan to stay that long, we enjoyed talking to the “iGenius” in the new “iBuilding”. There was also a Starbucks and restroom on site for us to use. We left there with our next intended stop in Sherman Oaks, not knowing for sure where we would charge, but would look once we got up there. I was fully prepared to have my range extender kick in if needed, but I really was trying to do this trip without it.

We found that the local KIA dealership claimed to have an ABB charger, which is the same unit that NRG eVgo uses (yes, CHAdeMO and SAE Combo). We called to see if – 1) the charger exists, which it does, and 2) to see if we could charge, which we were told yes, to come on by. It was a few miles from the Sherman Oaks location, so off we went. The charger was blocked, but they immediately moved a car and allowed us to charge. Unfortunately, the charger was so new, that it hadn’t been provisioned yet, and did not work. At this point I had 22 miles of range, and 27 miles to the next, known Freedom Station in Hermosa Beach. So we set off, knowing my range extender would probably kick in.

With some luck, and HEAVY Los Angeles traffic on the 405, we managed to get to Hermosa Beach with 6 miles to spare, and no REx usage. I drove **83.3 miles on that one charge from Crevier. Once at Hermosa Beach, we managed to find the charger, a nearby bar offering Taco Tuesday, and managed to do all of this while just getting a 30 minute charge. Next stop, the Westminster Shopping Mall ***27 miles away. We arrived at the mall with no range issues, and were able to charge again for just 30 minutes. FroYo and a potty stop…and away to Carlsbad for the last stop.

We arrived in Carlsbad, once again hit the Starbucks and charged for only 20 minutes, enough charge to get home. We were there about 30 minutes, but the charger faulted and stopped early. We arrived home at just before 10pm. 312 total miles driven, all electric, no REx used, and all charges were free. We spent a few dollars at Starbucks and for the dinner, but overall, did the whole trip for less than $50, all-inclusive.

Some key points to this trip:

My Personal Records: *These outlets have two NRG eVgo charging options: level 2 and level 3. The level 2 option has one universal J1772 plug, and the level 3 option has a CHAdeMO (for Nissan Leaf’s, Kia Soul’s, and other Asian brand EVs) as well as a SAE combo (CCS) (for BMW’s, VW eGolf, etc.). This Freedom Station powered by NRG eVgo is part of free fast charging offered by BMW.

**This car will definitely do better on range with slower speeds, ie: bumper-to-bumper traffic, and city stop-and-go vs full, freeway speeds.

***The mileage between Hermosa Beach and Carlsbad is 87.1 miles. While we could have easily avoided a stop and used the REx, I would have been forced to charge longer at Hermosa to get a bigger charge, thus not saving any time AND using gasoline.