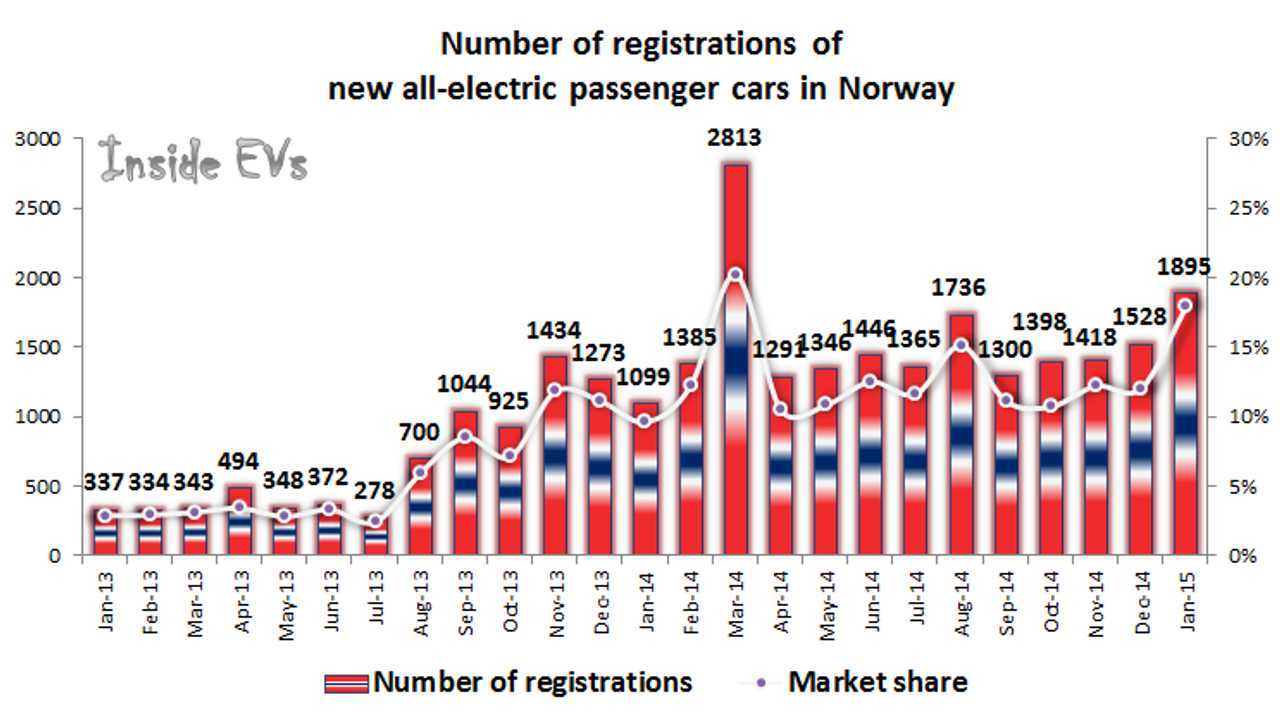 Norway did it again! Raised the bar of electric car sales to the highest mark ever.

In January 2015, the number of registrations of all-electric cars reached the second-best result of 1,895 and 18% market share of new cars! This is over 72% more than a year earlier. With a few hundred plug-in hybrids (at least over 300) added to the mix, Norway is at over 21%! plug-in electric car market share.

Add to them the 266 electric cars imported from other countries and 38 new electric vans to get a total over 2,500 more plug-in cars of all kind added on the roads last month.

January was a special month in which Volkswagen finally managed to handle deliveries of the long-awaited e-Golfs with heat pumps (optional equipment).

A lot of deliveries launched e-Golf to a level unseen even for the Nissan LEAF - 879 registrations (LEAF's record was 716), or 46.4% of all new passenger EVs registered that month and 66.9% of all Golfs. Golf is the best selling car in Norway, and now it turns out that most of them are electric!

Nissan LEAF sales were stable at 309 registrations, while the rest of the electric cars had problems exceeding 100 sales.

That was on the all-electric side, while on plug-in hybrid side the king is just one - Mitsubishi Outlander PHEV 234 registrations or 72% of all Outlanders registered. There was 54 Audi A3 e-tron, 30 Volvo V60 Plug-in and 6 BMW i8s registered too.

We are not sure how long the e-Golf bump will last, but another arrival that we're keep our eyes on is a large delivery of Tesla Model S Ds coming soon.