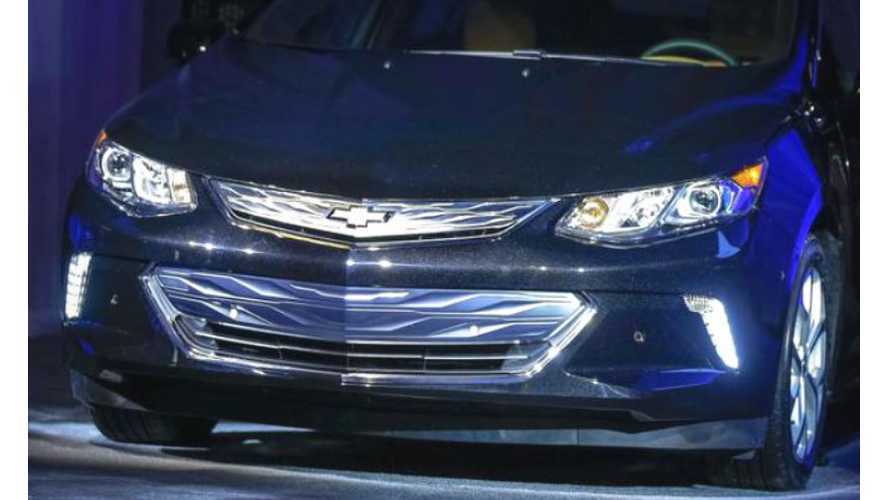 The 2016 Chevrolet Volt made a brief 30 second appearance from the International CES in Las Vegas tonight ahead of its official reveal next week in Detroit.  With no cover!   The next gen Volt then went back into hiding until the official debut in Detroit on the 12th (sorry, no interior shots yet)

While we would still love to see more of the car, and aren't sure we see a lot of the Corvette (as promised earlier by GM's Global Head of Design), we still like what we see.

Here are some of the shots (as well as a video) that have surfaced from the first full exterior reveal:

We're so excited about #NextGenVolt we brought it out early at #CES2015! Full details on 1/12 at #NAIAS. pic.twitter.com/hPCbTFGSV4

Autoblog even caught a little video from the event: