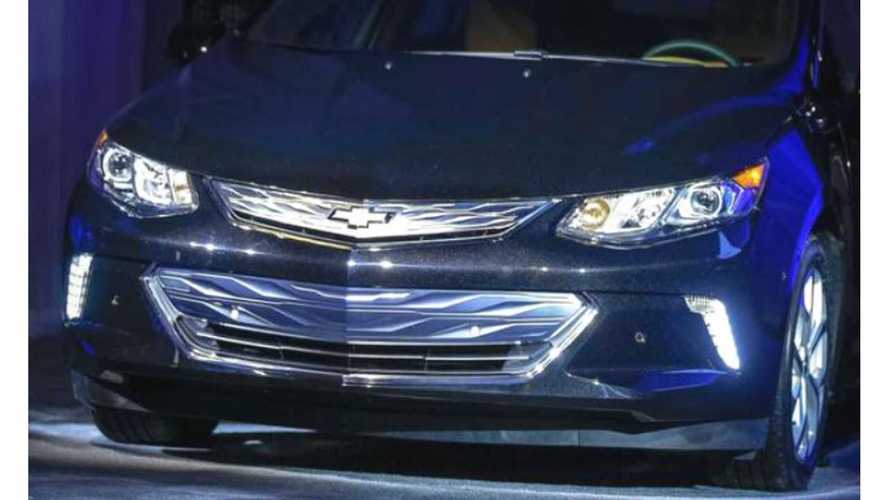 With the second generation of the Chevrolet Volt set to be unveiled this month (and recently revealed at CES), many people are speculating on what the specs will look like, and perhaps more importantly, whether GM will market the car to the masses.

Over the last four years, many fans of the Volt have been disappointed with the lack of marketing that GM has executed for the Volt, arguing that the car cannot be successful if people don't know what it is.  While I've been in a part of this vocal group as well, I'd like to take an alternate position for a moment, namely that GM did precisely what it should have done for the first generation Volt.  Before you murder me in the comments section, please allow me to explain via a brief crash course in one aspect of marketing...

Four Stages of a Product's Lifecycle

In this phase, the product is introduced to the market.  Revenues are slowly increasing, but profit may be negative for a time.  Initial sales of the product are low during this stage, as customers must learn about the product and its benefits before they decide to purchase.

This "individual adoption process" is actually characterized by many distinct stages.  Often times, in the case of a high technology offering, the "early adopters" come out first.  They are the quickest to learn about the product, see its potential, and buy it. These early adopters are willing to take more risk, and typically, they are also willing to pay more to have the latest and greatest product.

In the growth phase, there is a broad diffusion of the product into the mass market.  In addition to the early adopters that began purchasing, an "early majority" crowd now joins in.  The product is marketed more rigorously, volume of sales increase, and the profitability of the product is increasing substantially.

In this phase, sales growth begins to taper.  The "early majority" consumers are joined by the group referred to as the "late majority"

In this final phase, sales of the product actually begins to decrease.  Full market penetration and adoption has largely been accomplished through the early and late majority crowds, though some existing customer base (referred to as "laggards") may still be purchasing the product.

Chevrolet's Price Skimming Strategy for the Volt has seen the MSRP drop by $6,000 in 4 years.

In addition to this generalized product lifecycle, another marketing exercise would be how to price the product.  Here too, there have been vocal audiences at Inside EVs that felt the Volt was priced too expensively at first, and hasn't decreased its price enough to appeal to the mass market.

However, there's a couple approaches that a high technology product would typically take in the pricing strategy of a new product.  The most common is referred to as a "price skimming" strategy.

With a price skimming approach, a relatively high price is set first.  This typically works well: the early adopter crowd is willing to accept a higher price, and investments that went into developing the product can be recouped more quickly to help turn a profit sooner rather than later.

As the product traverses the product lifecycle, the price is slowly cut (or "skimmed") to further appeal to the mass consumer base and capture additional market share.

So with that relatively short explanation of the product lifecycle and a related pricing strategy, I might propose the following:  Thus far, GM's approach to marketing and pricing the Volt is precisely what it should be given the high tech offering.  Very little marketing and a high price is very well aligned with basic and proven marketing principles for a high tech product offering like the Volt during the introduction stage.

If GM does not increase marketing with the second generation Volt, then I would start to become concerned about whether they have a true desire to make it a success.

If all other variables were held constant in the economy, with the Volt 2.0 release, I would expect a small price reduction (on a dollars-per-EV-mile-rating basis), and a substantial increase in marketing for the Volt. However, all other variables are not constant, unfortunately. Oil prices are at new lows every day it seems, which could prevent GM from marketing the next-gen Volt as much as they want to given its position in the product lifecycle.

It's easy to set our expectations high and be disappointed, especially when we may not fully appreciate the marketing intricacies that GM must try to optimize.  2 months ago, I would have published this article fully pardoning GM of any guilt over their present marketing efforts, provided they make a full marketing push for the second generation Volt; that's just what marketing principles say they should do.

However, the oil prices of late have changed the tides a bit.  If GM does not market the second generation Volt as strongly as we all would like, we may need to keep in mind that lower oil prices are preventing the mass consumer base from looking at the vehicle seriously enough for a concerted marketing effort to pay off.