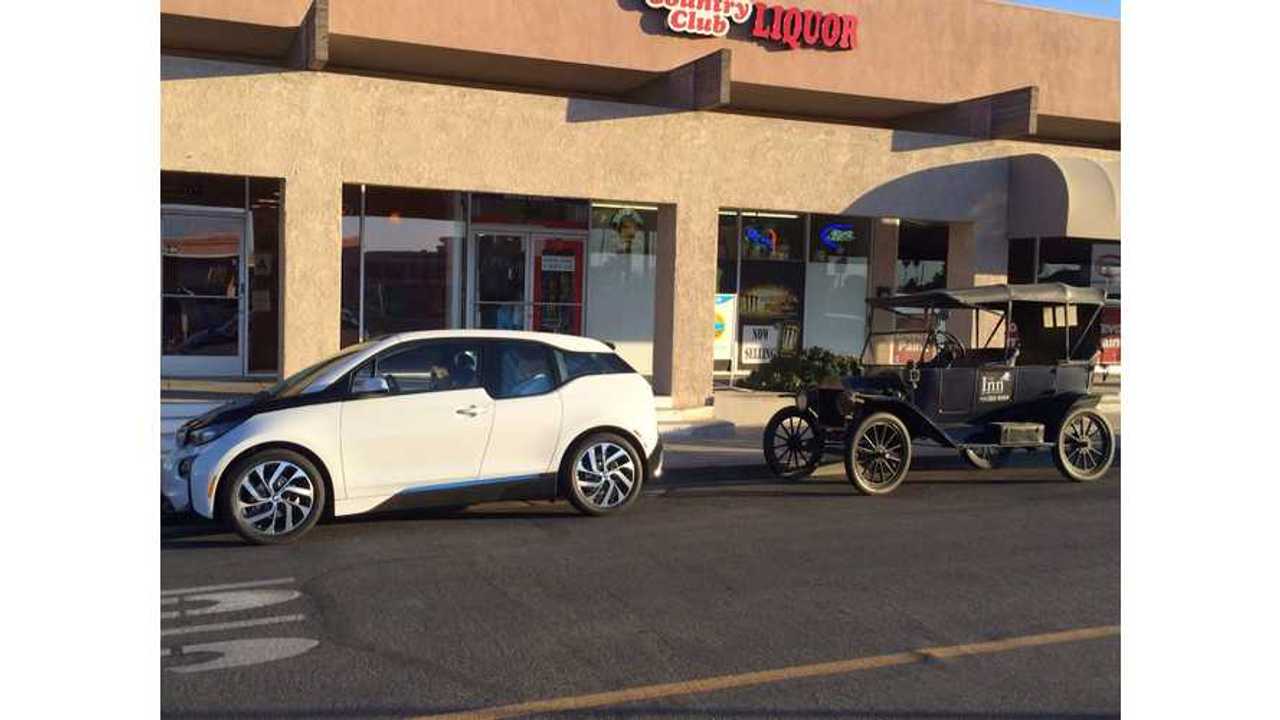 "Breaking the Inertia of the Status Quo"

“You never change things by fighting the existing reality.

To change something, build a new model that makes the existing model obsolete.”

In 2007 I began to drive a Gem e4 Neighborhood electric vehicle (NEV) powered by roof top solar, It was a personal experiment connecting affordable solar PV "sunshine" to transportation.

In 2009 I began to drive the BMW Mini-E, a full electric car capable of around 90 miles of driving between charges.

At that time, in 2009, there were just the Mini-E and the Tesla Roadster drivers with no charging infrastructure, aiming at the goal of a better future for transportation.

That hopeful vision of the future was far from assured.

We had been down this road before, about a decade earlier with the GM EV1 and the Toyota Rav4EV and a few other smaller production run cars. That episode in the development of EV's ended in disaster, and potentially our era would follow, arriving at the the same destiny.

*Editor's Note: This post also appears on Peder's blog. Check it out here.

The inertia of the status quo is a powerful foe of change. Its strength and certainty comes from the common knowledge of today and yesteryear.

By 2011 Chevy, Nissan, Tesla and others were in the EV game for good. No longer an R&D exercise, billions of dollars of plant development were green lighted for full production of the electric car. The future of the EV was almost certainly going to go forward with no chance of the stalled effort of the GM EV1 and Toyota Rav4EV.

Today, in 2015, we are looking at dozens of manufacturers and an ever growing number of plug in cars. From those first days of 2009 and less than 1000 cars on the road, to now, just five years later and 300,000 cars with plugs on the road. Amazing exponential growth.

2017 looks to be the tipping point where the average electric car will improve to 150-200 miles per charge with both battery density and cycle duration increasing, with many manufacturers offering high volume electric cars. There ends the main obstacle of electric cars, range anxiety.

It's possible, I would say predictable, that we will see a perfect storm in favor of EV's in this 2017-2020 time frame. Extremely high gas prices and several models of 150-200 mile EV's powered mostly by renewable energy.

It would not be surprising to see 30% of all cars sold being a hybrid or better with roughy 10% being pure electric by 2017. Exponential growth will continue. By 2020, a true revolution takes hold in transportation, the replacement of the gasoline vehicle feet will be underway en-masse.

Below is my view on why the electric vehicle will replace the gasoline powered car, and why it will do so very soon:

5. You charge your car at home, not at the gas filling station. (just like your laundry is done at home and not at the Laundromat)

6. They’re up to 5 times more efficient and1/5th the cost to operate over the lifetime of the car. (energy conservation is wealth creation)

7. You can make your own fuel on the roof of your home.

8. They clean our air. Every EV that replaces a gasoline car makes every breath we take, cleaner and healthier.

10. They will usher in a new transportation future including multiple mobility choices for our cities.