Tesla To Expand Sales, Service And # Of Superchargers In Pennsylvania In 2015 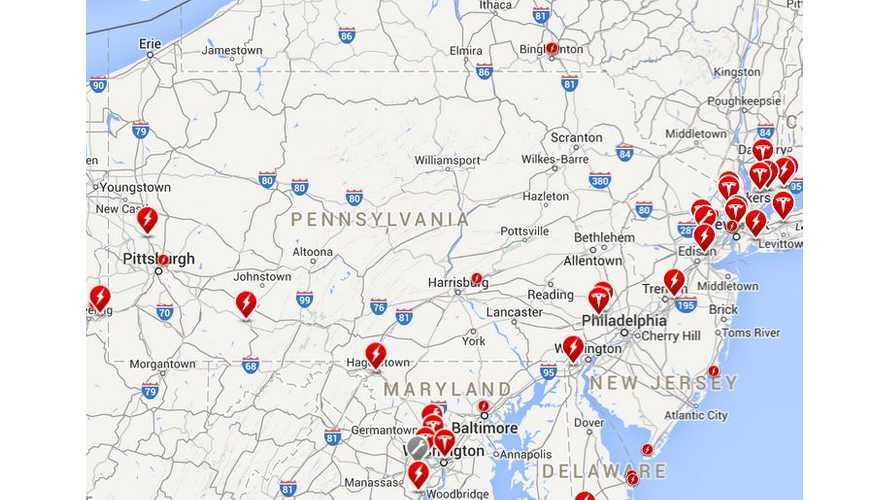 Tesla Motors received the green light from the General Assembly to open more dealerships and expand in the state of Pennsylvania fthis year.

For those who may not recall, Tesla Motors got a law changed to allow sales expansion to begin in Pennsylvania, as the automaker was prohibited from doing so before.

Tesla plans on opening multiple sales and service centers and to add more Superchargers throughout the state in 2015.

This is a major benefit for Tesla buyers who live in PA as you'll now be able to walk in and purchase a Model S, as well as service the vehicle in state, instead of having to drive over 120 miles out of state for service.

"We already have a contingency of owners there."

"If this continues to grow, we're going to need to service those cars. It makes sense to open a sales and service center there."

"Those enable quick charging for free across popularly traveled routes across the country."

"So if you're driving from Boston to Miami or New York to L.A. you can leverage our network nationwide."

But it does not end there… There are claims to add to what's called the "Destination Charging Program", which will add even more charging stations in public areas.

"We're kind of the tip of the spear here."

"We want charging infrastructure to be as ubiquitous as Wi-Fi Internet."

The Antique Automobile Club of America Museum located in Hershey, Pennsylvania currently has three L2 charging stations (two Tesla specific & one for all plug-ins), which Mark Lizewski, executive director of the museum, says provide a large benefit to the museum and adds that he welcomes a Tesla Supercharger there as well.

"We've gotten fairly good use out of it."

"The fact that we're right next to two or three major hotels, we're a mile down the road from Hersheypark and Chocolate World and the Giant Center and the fact that we're an automobile museum makes us a perfect destination site."

It's a good day for Pennsylvania, Tesla Motors and even the Museum!