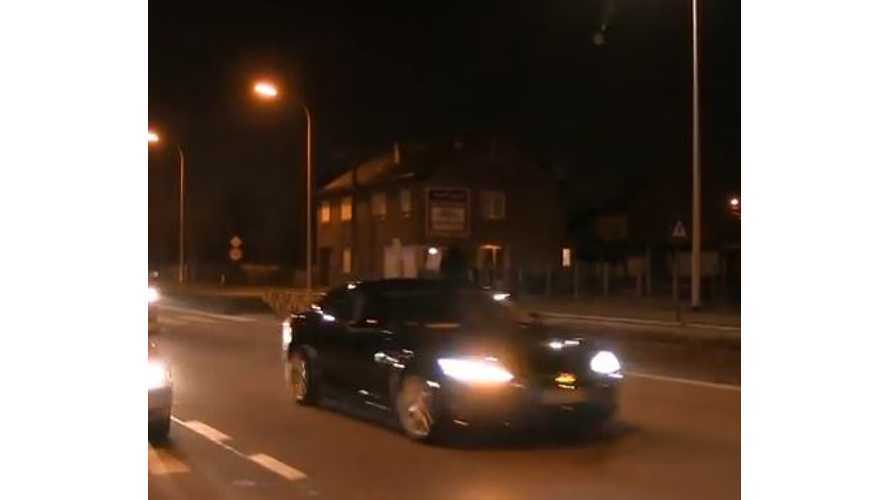 You'll see the Tesla Model S just momentarily at the 51-second mark, but it's there.

"Here you can see the Vice President of the United States of America been escorted by the Brussels Police Department, Belgium Secret Service, US Secret Service and the Belgian Federal SWAT Team."

Wall Street Journal says this is how the Model S became part of the motorcade:

"After the conclusion of Mr. Biden’s public events—meeting with European leaders—the Brussels-based press left the traveling pool, taking Press 1 with them."

"That left the single remaining pool reporter without a ride. Enter the Tesla."

"The Secret Service swept the car for bombs and it joined the rear of the motorcade as what U.S. officials acknowledged was the coolest “Press 1” the world has ever known."

"The car was supplied by the company hired to provide vehicles for the motorcade and was one of the few American-made vehicles available for use by the delegation, according to people familiar with the matter. Before joining the motorcade, the Tesla had been used by staffers to prepare for Mr. Biden’s visit to Brussel."