Exploring EDTA Data On Plug-In Electric Car Sales In US 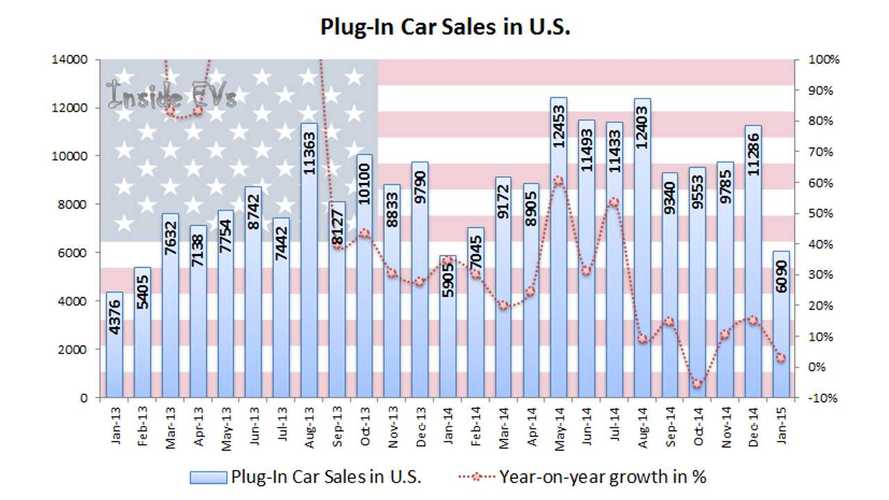 In analyzing the Electric Drive Transportation Association's data on electric car sales in the US, some thoughts come to mind (all theses numbers come from EDTA).

The market need price reductions to grow as many new models on the market are low volume.

The second finding is that all-electric car sales takes most of the market and in the most recent months, two all-electric models were the best selling among all plug-ins (Tesla Model S & Nissan LEAF). See InsideEVs' result table.

Growth of all-electric car sales seems solid at double-digit numbers still, while falling sales of the Chevrolet Volt and Toyota Prius Plug-In are dragging the PHEV market down.

As Toyota's strategy remain unclear, all eyes are now directed to Volt 2, which at the right price point could easily see sales at 3,000+ per month.