California Green HOV Stickers Are Back - For a Limited Time Only 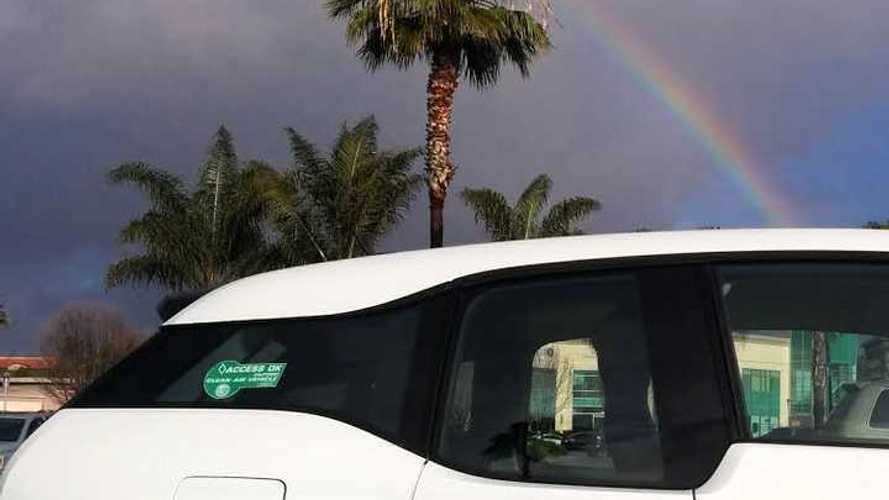 The New Year has brought some green to California plug-in hybrid owners. As previously reported, Governor Jerry Brown signed Assembly Bill (AB) 2013 into law on September 21, 2014. AB 2013 was authored by Assemblymember Al Murasutchi about a year ago, and it aimed to extend one of the primary incentives driving the sales of plug-in hybrid vehicles in California. The green HOV stickers, much like their white and yellow brethren, have proven to be an important catalyst, and have helped popularize clean-air vehicles in California. Given the traffic congestion in major metropolitan areas, the push towards carpools and low-emission vehicles is an important contributing factor to improved air quality.

While the white HOV decals don't have a volume cap, the total number of green stickers is limited. This cap was reached and extended twice by the State Legislature in Sacramento. If you are a recent plug-in hybrid owner or are contemplating a purchase of this type of vehicle, it's important to note that California DMV has started issuing green HOV decals on January 1, 2015 after a 3-month long hiatus. The current cap is set to 70,000 stickers, and the program is presently expected to expire on January 1, 2019.

They're Back, But Not For Long

The Air Resources Board, which sets the guidelines for the program, and maintains a comprehensive list of eligible vehicles, has recently reported that as of February 3, California DMV has issued 58,552 green clean air vehicle decals. Consequently, only 11,448 stickers remain before the new cap is reached. While it's good to have this type of data, what does this mean to prospective buyers of plug-in hybrids? How long will it take before the green decals run out again? Let's examine these questions in some detail.

Before we attempt any prognostication, it would be helpful to investigate what happened in the recent past. To that end, we compiled all program updates issued by the Air Resources Board between March 1, 2013 and February 3, 2015. As you can see from the included graph, the monthly average run rate during this time period was 2,064, and the stickers were issued at a pretty uneven pace. The are couple of reasons for that. First of all, a significant backlog has built up between May 9 and July 1 and also between September 23 and January 1. The DMV could not issue any decals during this time, since the program cap has been reached and not yet extended. Additionally, the DMV has at times allowed car dealers to apply for the decals directly. Car dealers would pre-register the vehicles on their lots, and sometimes even inbound vehicles, which created additional demand.

To summarize our findings, California DMV has issued a total of 47,652 green HOV decals over the past 23 months. This tracks the total PHEV sales volume during that time frame pretty well, and it's safe to assume that nearly every eligible vehicle has been issued a set of decals by the DMV. Using the monthly sales scorecard, and assuming that about 50% of all plug-in vehicles sold nationwide are registered in the State of California, it appears that about 55,566 PHEVs have been sold in the State since March 2013. This implies that about 85% of all PHEVs in California have been awarded HOV decals during this time. There is also some indication that the percentage of plug-in hybrids with green stickers was about 8% higher during the 2014 calendar year, when car dealers could submit the HOV decal application to the DMV directly. Further research had indicated that the DMV was processing application with about three to four weeks delay, which had to be considering when tallying up sales numbers.

Looking at the time period since September 23, when the previous cap was reached for the second time, it appears that about 9,494 vehicles have been sold and an estimated backlog of 8,314 applications has been accumulated. That's about halfway through the new 15,000 sticker allocation. Assuming a similar sales volume going forward, and an average run rate of 2,000 decals per month, we could be looking at May or June before the new program cap is reached. It's fair to assume that there won't be another extension of the cap. Therefore, if you are considering a plug-in hybrid, now is the time to act. The green stickers are back, but only for a limited time.

*Additional compiled data below shows that Californians buys ~50% of the PHEVs sold in the U.S.: