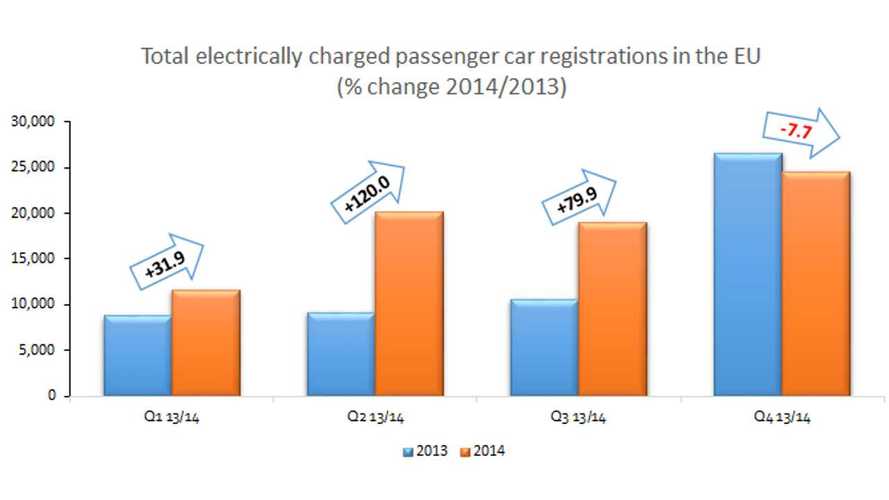 ACEA press conference with President Carlos Ghosn in the middle

The European Automobile Manufacturers Association with President Carlos Ghosn on-board announced that ECV (electrically chargeable vehicle) registrations in the European Union increased in 2014 by 36.6% to 75,331.

If you've never heard of ECV, here's the explanation:

In Q4, registrations went down in fact by almost 8%, but according to the press release the overall numbers are positive.

Here is set of detailed tables for every country in  the EU, for all electrically charged cars, electric cars, and other electric cars (oh yeah!).

There are a lot of numbers to analyze. In general, we find that the UK is the leader with 15,361, while Germany, Netherlands and France are not far behind. Of course, no country will exceed Norway, which is not in EU.

Proportions change if we switch to all-electric cars. Norway is now out of range. France leads in the EU, Germany is second followed by the UK and the Netherlands.

Finally, electric cars that are not all-electric cars. The Netherlands is on top (Mitsubishi Oulander PHEV heaven).