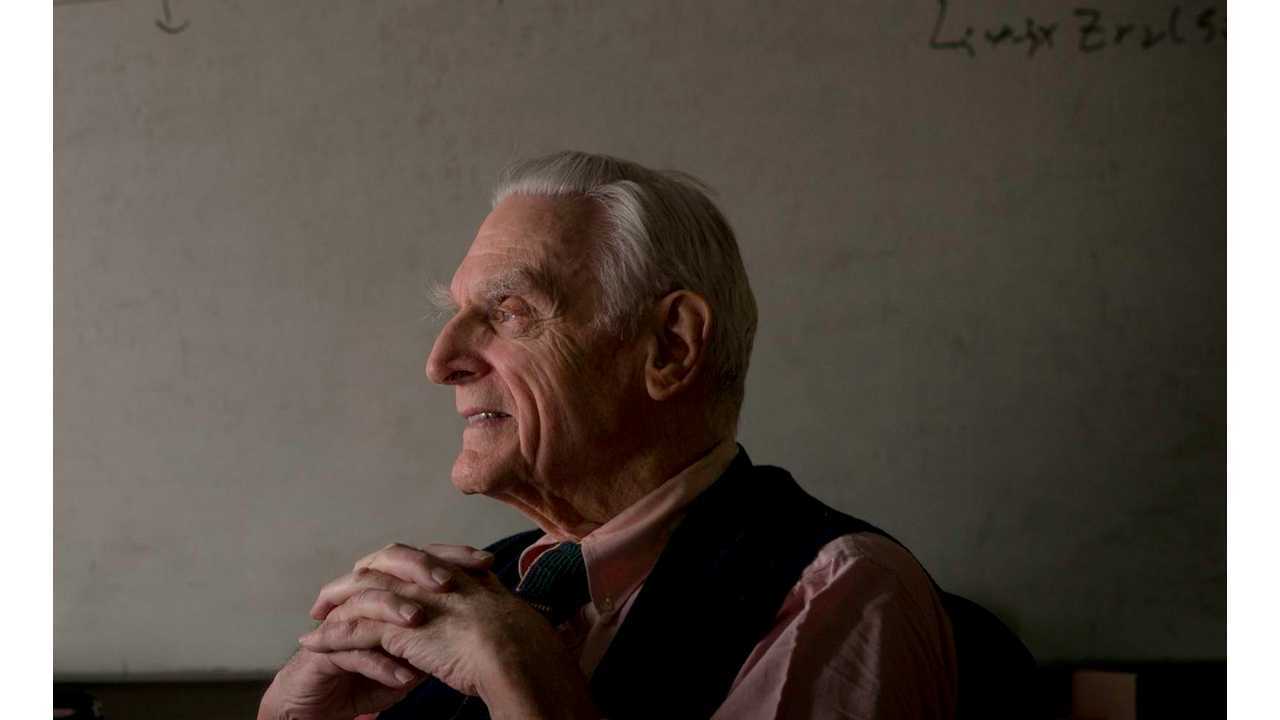 Our normal mode of operation, particularly with technology, is to attempt to stay informed  with the cutting edge technologies. Sometimes, a richer understanding comes from stepping back to view more of the canvas. Here you will find a beautiful story told by Steve LeVine on the life accomplishments of John Bannister Goodenough. The story is an adapted excerpt from LeVine's new book "The Power House" found here.

Stories of battery breakthroughs are a dime a dozen. With battery technology being so central to the success of the EV, it is always beneficial to understand a little more about where we came from. We strongly recommend you take the time to read the linked article.

Here are a few takes from LeVine's article:

In the mid 70s, a British chemist named Stan Whittingham announced a breakthrough in batteries. Along with colleges at Standford, they had discovered a method of layering an electrode storing lithium ions within sheets of titanium sulfide thus laying the basis for a rechargeable battery.

Many were attracted to the possibilities of this battery, including oil giant Exxon, who moved quickly to bring Whittingham onto their staff. Whittingham began to make a battery, relying on the findings at Stanford for Exxon. His work went on in great secrecy. Finally, in 1976, Exxon emerged with a patent application for a lithium-based battery.

Rich in the article, we find another example of the petroleum industries interest in batteries. The EV industry had seen this move before when Chevron/Texaco bought the rights to the Nickel Metal Hydride battery with the purchase of Ovonics from General Motors.

Whittingham's research was a breakthrough in both power and weight in batteries, but physics got in the way when the same electrochemical reactions that enabled his lithium battery also made them volatile.

Based on his work with metal oxides at MIT, Goodenough thought he could create a battery that was both powerful and stable without the volatility of Exxon's battery. Goodenough assigned two postdoctoral assistants to a group of oxides to analyze. They were tasked to determine at what voltage lithium could be extracted from the oxides. They found that cobalt produced the best results.

In 1980, Goodenough invented the cobalt-oxide cathode, critical component to the lithium ion battery. In 1991, Sony combined Goodenough’s cathode and a carbon anode into the world’s first commercial rechargeable lithium-ion battery. The rest is history.

Yet despite his central role in the first commercial lithium-ion battery, Goodenough earned no royalties. Oxford had declined to patent Goodenough’s cathode—the university seemed to see no advantage in owning intellectual property. In the end, Goodenough signed away the royalty rights to the Atomic Energy Research Establishment, a UK government lab just south of Oxford, reasoning that at least his invention might reach the market. He never fathomed the scale of the market to come. No one did.

Goodenough's story with the modern lithium battery does not end here. LeVine goes on to write of Goodenough's recollection of a Japanese materials scientist, named Shigeto Okada. Okada came from Nippon Telegraph and Telephone, a Japanese phone mogul, which secured a position on Goodenough’s team at their company's expense. Goodenough teamed Okada with with an Indian postdoc named Akshaya Padhi. While on Goodenough's resarch team, Okada and Padhi produced a naturally occurring crystal structure called olivine. Padhi was able to extract lithium from the olivine, and intercalate it back in. This sensational find would be the basis for iron phosphate which would produce a new lithium-ion cathode with real commercial possibilities.

It wasn't until much later that Goodenough would discover that Okada went on to disclose Padhi’s discovery to Nippon Telegraph and Telephone, which proceeded to secretly develop the technology itself. In 1995, NTT,  filed for a patent using the same methods to produce a lithium-iron-phosphate battery.

It did not end with the Nippon Telephone and Telegraph. An MIT professor named Yet-Ming Chiang took Goodenough’s idea and filed for his own patents. Chiang claimed that his improvements had created yet another new material. Chiang and some associates then launched the new battery company, A123.

Chiang sought to persuade a European tribunal to strike down Goodenough's patents, which it eventually did in 2008. This was soon followed by an investment from Warren Buffett of $230 million to buy 10% of BYD, a Chinese car company promising a new lithium-iron-phosphate-powered electric car.

In 2009, A123's IPO shares surged 50% on the first day riding on Chiang’s promises, and the MIT name, raising $587 million, the biggest IPO of the year. This would bring great wealth to Chiang, while Goodenough would not see a penny.

In the end, the University of Texas settled with NTT. The payoff to the school was $30 million along with a share of any profit from its Japanese patents. NTT admitted no wrongdoing. Goodenough received nothing from A123.

One might see the "bad Karma" for those who had signed on to use the A123 batteries that failed to deliver. By 2012, A123 had filed for bankruptcy. BYD has yet to make good on its stated potential.

At 92, Goodenough says he has one big idea left, though he would not elaborate on what he and his colleges had in the works. For a man who has so greatly influenced the EV industry, we salute him and wish him one more success to add to his life achievements.
++
Got a tip for us? Email: tips@insideevs.com