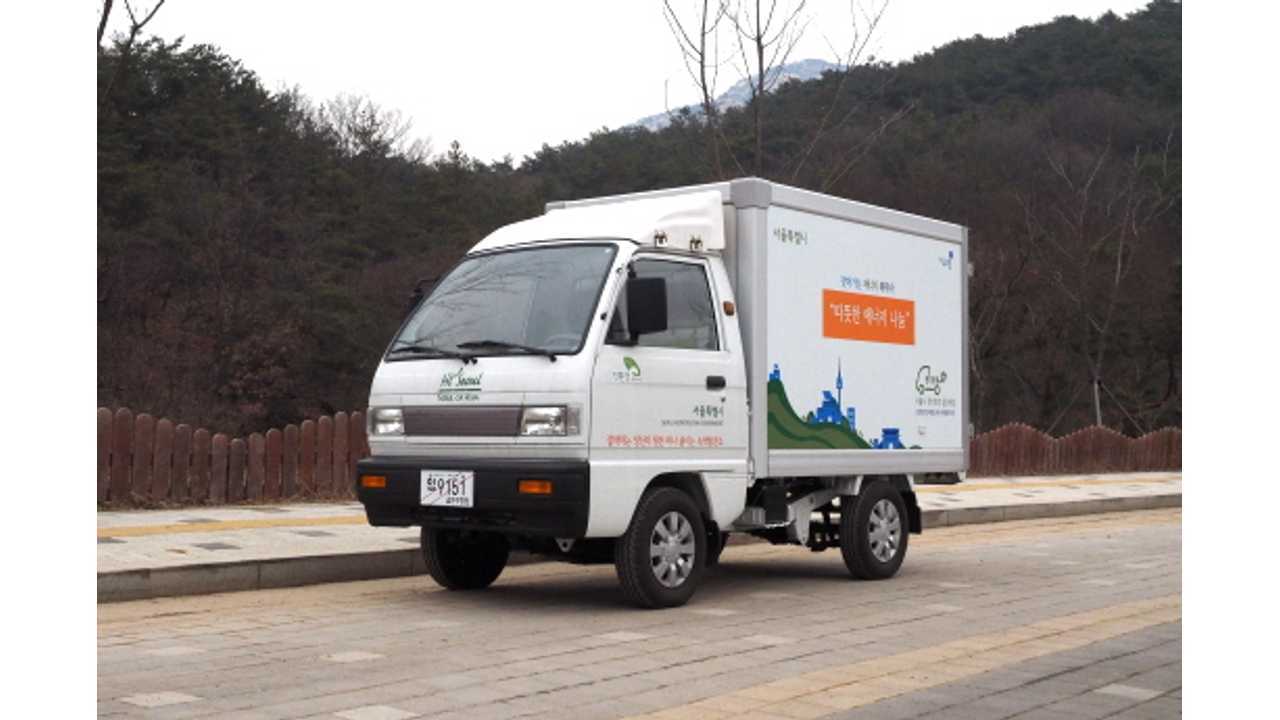 As there are over 2.5 million 1-ton trucks in South Korea, primarily used for short haul delivery, the market opportunity for electric conversions seems enormous.

If the pilot program works out, then we probably should expect a lot of orders for such city trucks.

"Power Plaza is working with the Seoul city government and other key partners on a program to convert 1-ton diesel trucks – which are the primary commercial truck used in Seoul – to electric vehicles. Power Plaza will launch the pilot program for the high-performance version using UQM PowerPhase electric motors and controllers in 2015 after initial homologation. One of the key partners in the program is the South Korean conglomerate CJ which has a total fleet of 18,000 1-ton vehicles used for short-haul delivery, and is evaluating electrifying a portion of their fleet."

“We are excited to begin this work with Power Plaza and to expand our footprint in the South Korean market. Our products perform well in a broad range of applications, and this relationship further enhances our position as a global leader in electric propulsion.”

“Due to their strong reputation and leadership, Power Plaza has selected the UQM system for our high-performance 1-ton truck. UQM is the correct partner for us, and with their many years of experience, their support and expertise will help make this program a success.”