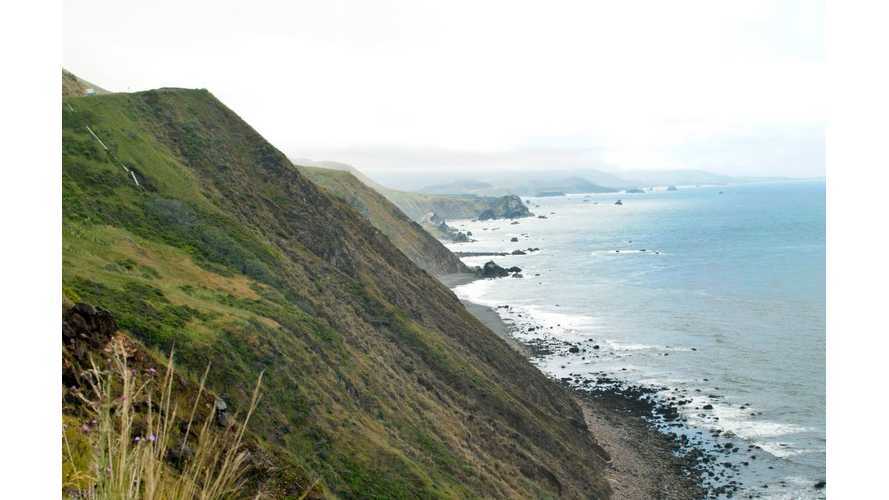 Tuesday morning, a Tesla Model S drove off a cliff on Highway 1 in Sonoma County, California.

The driver, identified only as a male in his 60s, was later confirmed dead.

The California Highway Patrol responded to the incident. CHP reports that there were no witnesses, but says that a passerby alerted the police to the car at the bottom of a cliff.

While a single traffic fatality is not newsworthy perhaps of itself and our condolences go out to the family involved with this accident, this does end Tesla's often promoted, long run of "no serious injuries" to any Model S owner.

No additional details are available at this time.