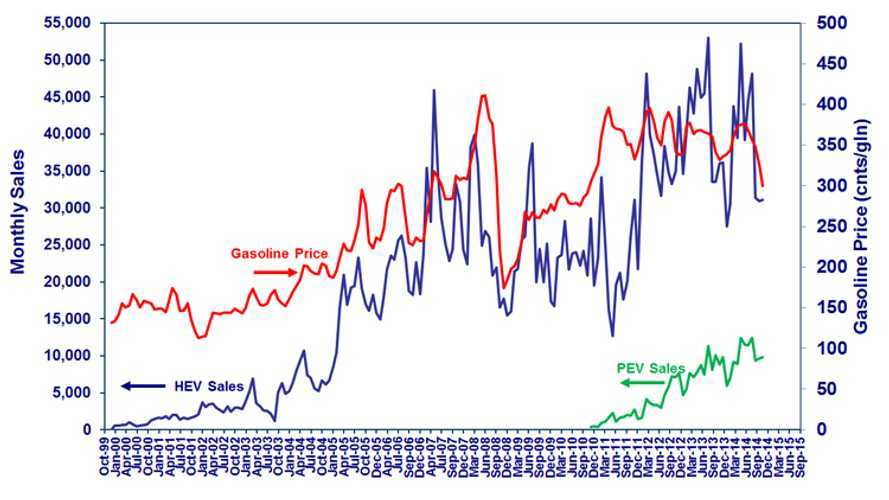 The chicken: More charging options could lead to more sales

According to the study, there is a direct relation between EV sales and the number of charging points:

"The chicken: More charging options could lead to more sales

But the most important part of the study is that if subsidizing construction of charging stations is better solution to encourage EV sales, then the government should switch totally from tax incentives to infrastructure incentives as a cheaper, more effective way to reach US sales goals.

$7,500 tax credits contributed to ~48.5% of EV sales between 2011 and 2013, while the authors expect that the same amount of money would be sufficient to build 60,000 new charging points nationwide and that would increase sales five times.

If this is true, then the government is missing its EV sales goal by virtue of introducing the wrong incentives.

"The egg: Electric vehicle charging could use a policy boost

The convenience and cost of recharging them is not the only factor that influences the purchase of electrical vehicles.

"The $7,500 tax credit policy for which electric vehicle buyers are eligible contributed to about 48.5 percent of electric vehicle sales from 2011 to 2013, which is a significant portion," says Li, who is an Environmental and Energy Economics assistant professor at Cornell. "It is important to note that indirect network effects explained 42 percent of that sales increase."

By contributing to sales of nearly half the electric vehicles sold during the research period, some would consider the tax policy a success. Tong and Li take another view.

The researchers maintain the money, which amounted to some $1.05 billion in subsidies, could have been used to build more than 60,000 charging stations instead of giving it to electric vehicle consumers. That number of potential charging stations is significant; it represents about half the total number of gasoline stations in the United States.

Moreover, based on their analysis, Tong, Li and their research colleagues say, 60,000 new charging stations could have led to five times more electric vehicles sold.

However, they report the tax subsidies had a net positive effect. The subsidies during the 2011 to 2013 study period brought about $200 million in long-term environmental benefits."

So, the egg was first, right?