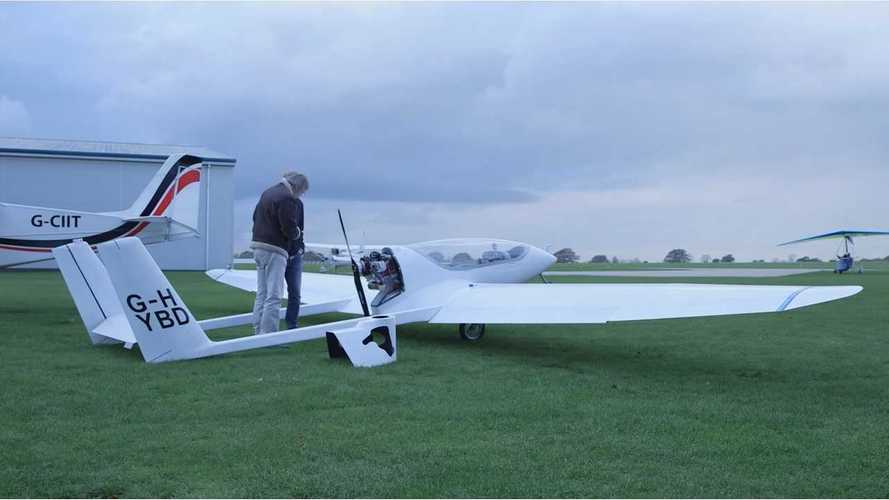 The aviation industry seems far behind automotive in terms of drivetrain electrification, however the first projects are starting to knock on the doors.

Researchers from the University of Cambridge, in association with Boeing, recently presented an aircraft with a parallel hybrid engine, which according to the article is the first to have recharge mode to recharge its batteries in flight.

The whole concept of the hybrid single seater motor glider make sense because aircraft need most power while taking off and then need significantly less power for cruising. This mean that the oversized petrol engine works inefficiently most of the time.

The team designed the drivetrain with a small 7 kW petrol engine and 10 kW electric motor, powerful enough for take off and then efficient operation in the air, as well as being able to recharge batteries in flight for the next take off. The result is up to 30% higher fuel economy.

Who knows, maybe one day we will see commercial electric and plug-in hybrid aircraft.

"The demonstrator is based on a commercially-available single-seat aircraft, and its hybrid engine was designed and built by engineers at Cambridge with Boeing funding support."

"The aircraft uses a combination of a 4-stroke piston engine and an electric motor / generator, coupled through the same drive pulley to spin the propeller. During take-off and climb, when maximum power is required, the engine and motor work together to power the plane, but once cruising height is reached, the electric motor can be switched into generator mode to recharge the batteries or used in motor assist mode to minimise fuel consumption. The same principle is at work in a hybrid car."

"The hybrid power system in the Cambridge demonstrator is based on a Honda engine, in parallel with a custom lightweight motor. A power electronics module designed and built in the Engineering Department controls the electrical current to and from the batteries - a set of 16 large lithium-polymer cells located in special compartments built into the wings. The petrol engine is optimally sized to provide the cruise power at its most efficient operating point, resulting in an improved fuel efficiency overall."

"Test flights for the project took place at the Sywell Aerodrome, near Northampton. These tests consisted of a series of ‘hops’ along the runway, followed by longer evaluation flights at a height of over 1,500 feet."

Dr Paul Robertson of Cambridge’s Department of Engineering, leader of the project, stated:

“Although hybrid cars have been available for more than a decade, what’s been holding back the development of hybrid or fully-electric aircraft until now is battery technology. Until recently, they have been too heavy and didn’t have enough energy capacity. But with the advent of improved lithium-polymer batteries, similar to what you’d find in a laptop computer, hybrid aircraft – albeit at a small scale – are now starting to become viable.”

“Our mission is to keep our sights on finding innovative solutions and technologies that solve our industry’s toughest challenges and continually improve environmental performance. Hybrid electric is one of several important elements of our research efforts, and we are learning more every day about the feasibility of these technologies and how they could be used in the future.”

More on the project can be found here.