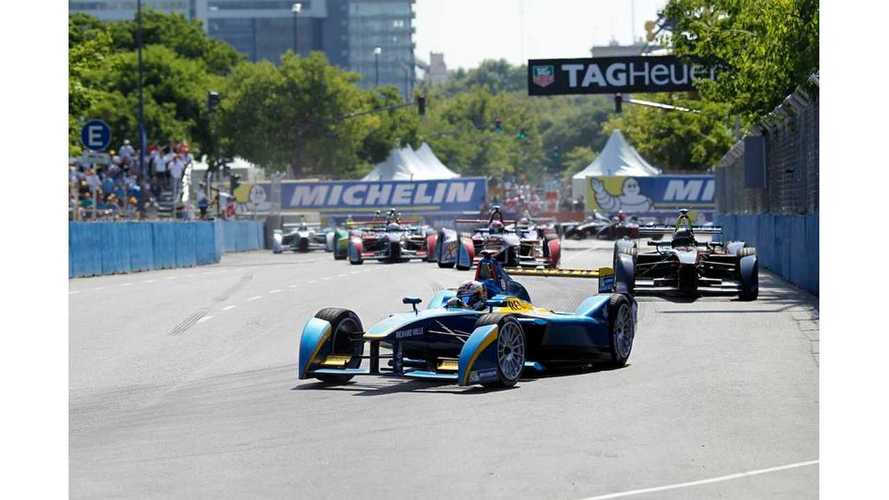 It's amazing how close each of the cars are to one another at various points throughout the race.

From the cockpit perspective of the Spark-Renault SRT_01E, there is a lot of whining from the electric drivetrain, but nothing nearly as overwhelming as encountered in ICE engines race cars.