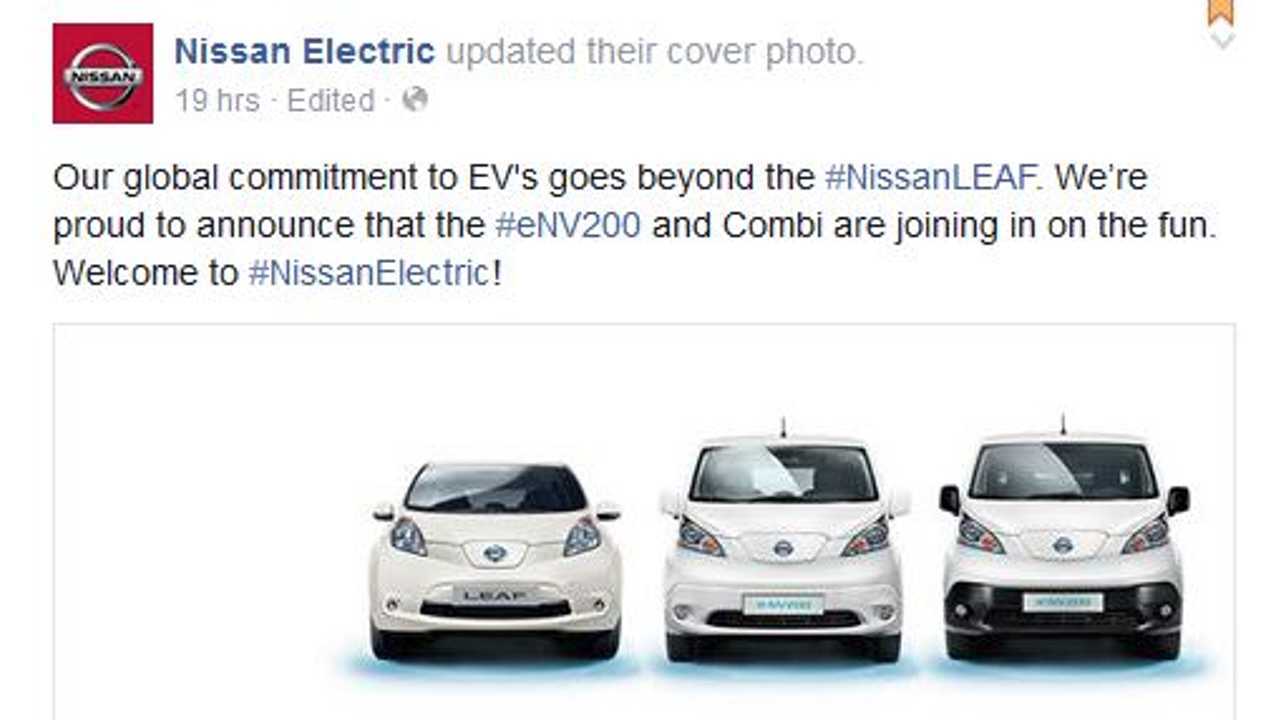 Officially, Nissan hasn't committed to selling either the e-NV200 or e-NV200 Combi in the U.S., but there have been some hints that the electric van might be available here soon.

While it's difficult to decipher what's meant from the Facebook post seen above, we think Nissan is now beginning to promote e-NV200 in advance of an announcement of its more widespread availability.  At least, that's what we hope.

The Nissan Electric Facebook page is largely made up of U.S.-specific info/posts, so seeing the announcement above leads us to believe that we'll perhaps learn something official in regards to U.S. availability of e-NV200 soon.

We have recently made contact with Nissan about the possibility of the e-NV200 being added to the US lineup, and Nissan confirmed that they are currently evaluating that decision right now, with some electric vans being now made available to larger fleet customers for a feasibility study.

If e-NV200 was available in the U.S., would you consider it over the LEAF?