Op-Ed: Fuel Time For Fuel Cells And Gas Is So Yesterday 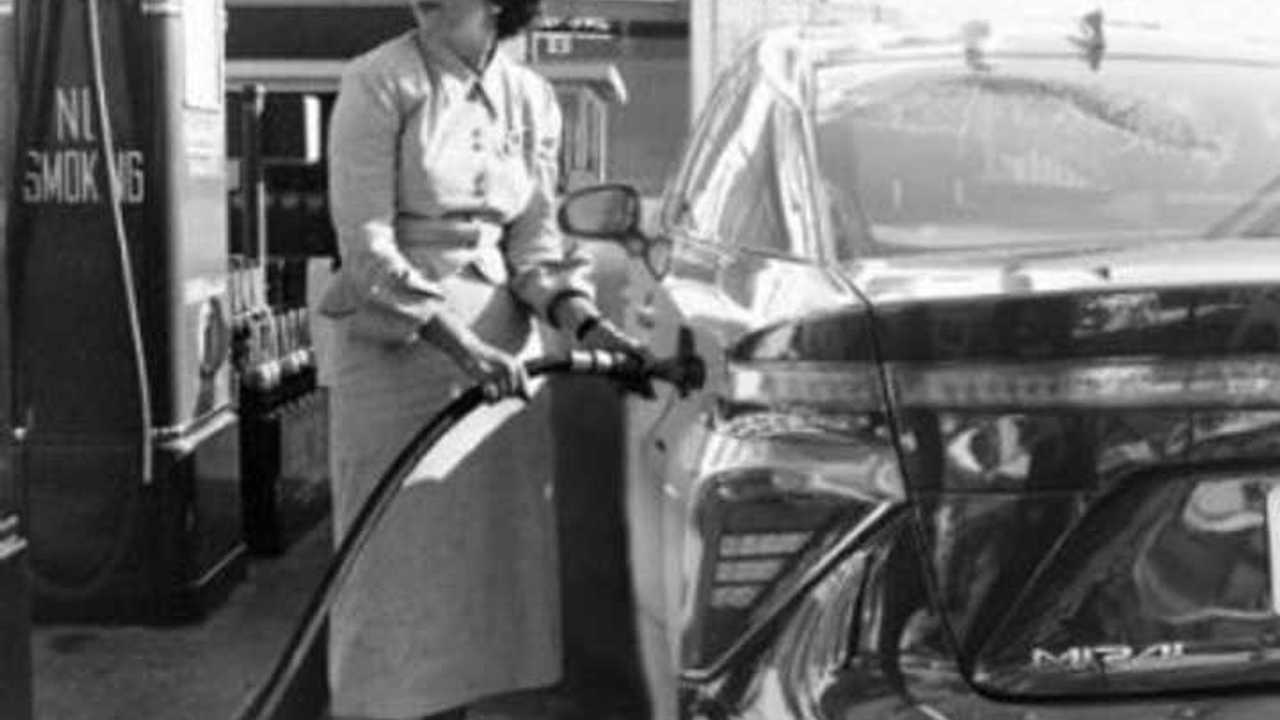 Light weight vehicles driving inside the US national average miles, requiring fueling by a liquid or gas, will take more time from your life than charging with a properly selected plug in.

In the search for gasoline replacement, one of the perceived attractions for compressed natural gas (CNG) and fuel cell vehicles (FCVs) is fuel time. It has been repeatedly stated that fuel times will be less. Those who question the EV revolution start by talking about infrequent long range trips taking hours to charge opposed to discussing something that happens more than 50 times a year (filling up weekly). According to all over the media, the average person stops at a gas station 5-7 times a month and typically is within 1-2 miles of where they work or live. While standing at the pump, consumers have 3-5 minutes of refueling time. With 6 trips x 4 minutes we have 24 minutes per month, or 38 hours spent standing at the gas pump through the 8 year warranty period of many EVs.  Initially, it is going to be much worse for CNG and hydrogen.

For most EV owners, they have moved past the old fueling paradigm.  They have learned the distinction between time fueling vs time waiting. In order to understand better how they are doing this, let us look at some driving range data from the Department of Energy.

Per the Department of Energy, on average, a lightweight vehicle travels: 34 miles per day x 5 days per week x 49 weeks per year = 8330 miles.  Of which 4582 are city and 3749 are highway. In addition to these miles 3596 annual miles are driven for other trips with 80 percent or 2877 of those additional miles being highway.

The Center for Sustainable Energy in California shows that of EV drivers surveyed, 66% drive inside of 30 miles per day while 94% of those surveyed drive under 45 miles per day. The above data shows that current driving ranges of current EVs will support the majority of national driving needs.

As for the additional trips outside of the regular commute, more than half  of the 290,000+ PEVs sold in the US do not require any wait time on road trips for they either are a plug in hybrid (PHEV) or have a gasoline range extender (EREV) like the Chevy Volt and BMW i3 Rex.

While comparing the present, 5, 10, 20 years, etc., let us agree to make the comparisons of all technologies at the same place on the time line. Let us please compare current EV technology to current FCV and CNG technology. Then future EV technology claims to future CNG and FCV claims, within identical time periods.

So what about the charging time for an EV? The primary place for EV charging will happen at home. There is no waiting on the charge in the residential charging model. Based on this, a very large percentage of our charging infrastructure is currently in place which makes the current EV less time consuming to charge today. And if the effort of plugging in still annoys, wireless charging is already available for many major models.

Time Travel with all technologies please!

FCVs want to discuss the fueling capability of tomorrow and equate how it will be quickly available to everyone and faster than waiting on a charge. For starters, let us look just fifteen years forward. We could look beyond 2030, for it will take fuel cells longer than that to implement their infrastructure, but I choose 2030 because EV infrastructure, for the most part, will be in place for both street parking and major highway quick charging. Furthermore, battery technology will very likely have reached the nirvana of $100/kWh making EVs the most economical choice as well. Even as early as 2017-2018, we will see a number of BEV offerings in the 200 mile range with quick charging options starting to arrive.

Some are quick to jump back to present time to point out that many apartment and condominium dwellers are currently without the capability to charge as well as quick chargers for extended travel. Comparing apples to apples, we don’t have an FCV infrastructure at all outside of parts of California. If we stay on track and compare 2030 charging to 2030 fueling, it is not unreasonable to see that this charging infrastructure will be available in most cases while heavily subsidized fuel cell infrastructure only begins to arrive.

Gas and Fuel Cells used as an extender

Fuel Cell Vehicles (FCVs) want to compare themselves only to gas cars (ICEs) and Pure battery electric vehicles (BEVs), focusing on extended trip scenarios, primarily due to range compared to first generation BEVs. They do not want to be compared to Plug-in hybrid electric vehicles (PHEVs) or better still Extended Range Electric Vehicles (EREVs) for their arguments diminish with sometimes months between sharing the pumping ritual, opting heavily on zero wait/off hour charging.

The FCV is already equipped with an electric motor propelling the drive train and a small battery like that found in a modern day hybrid (HEV).  The FCV simply needs to provide the extra battery to limit its range anxiety. The electric BMW i3 Rex offers a range extender as an option. It stands to reason that in the near future at $300/kWh, the FCV could offer 50 miles of AER for the alternate option thus reducing the stops at the fuel pump saving time and cost of fuel. It is worth noting that some manufacturers are currently considering this approach. In this model, the need for hydrogen infrastructure is greatly reduced. Of course, now it really is a PHEV. Currently, there are over 100,000 gas stations in the US. The time and subsidies required to match this model with hydrogen would be staggering. If the fuel cell was used as an extender, this number could be reduced easily to 1000 and save time. However, if by 2030, the battery reaches $100/kW, and electric infrastructure arrives, it is a good chance the need for extenders diminish.

Many recall the famous Broder episode showing a Tesla on the side of the road, and an occasional writer decrying that EVs aren’t ready because they pushed it to a scenario where they ran out of charge, all to make their story.  Note that it is always a specific incident or outlier that wants to equate their event as an overall design flaw. How many EV owners have you met that say “You know it is really taking more time out of my life to charge this EV”. In fact, if you ask, you will hear quite the opposite, with less trips to fuel and less time out of their lives.  And in most scenarios, a PHEV or EREV like the Chevy Volt ends the argument all together.

So, when comparing the technologies, make sure it is done from the same point on the timeline. You want to compare CNG and FCVs to a BEV? Fair enough, just consider the advancements of BEVs at the same point on the timeline that you plan on having your infrastructure ready for competing technologies. And remember that as long as you have a common 110V outlet accessible at home, do not discount the joy of freedom from the pump. If you are worried about range and/or time and insist on a guarantee in every situation, then there is a PHEV ready for you today. Done. End of story. Once you let go of insisting on measuring using the old comfortable model, you will be on your way to really regaining your precious time. After all, standing at the pump is so yesterday.