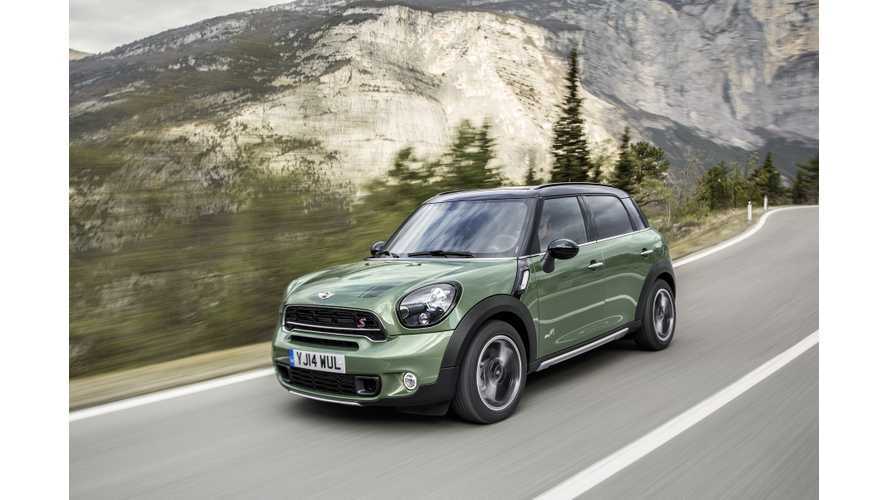 A MINI Countryman prototype full of whirls with a “Hybrid Test Vehicle” sign on the side (similar to those found on early BMW i3 prototypes) was recently spotted testing.

It's expected that MINI (part of BMW Group) is developing a new plug-in hybrid MINI with AWD, quite possibly the most powerful MINI ever.

Some sources on the net are indicating it could be equipped with a 1.5-liter engine derived maybe from the BMW Active Tourer.

Here's video with photos of the Mini hybrid testing: