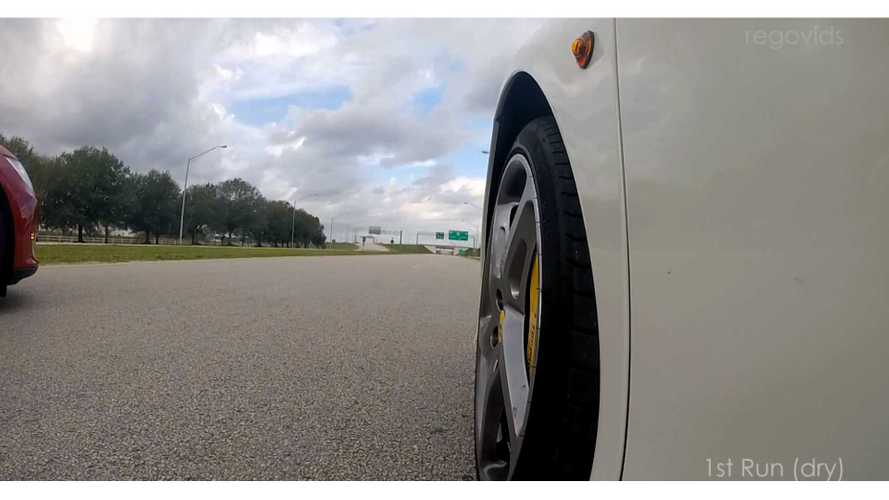 Tesla Model S P85D goes up against a Ferrari 458 Italia in a quarter-mile drag race.

Recently, Rego Apps (Model S P85D owner) went up against a Ferrari 575 in a drag race.  Comments were made that the race wasn't fair, as the P85D is brand new with the latest and greatest, while the 575 was at least 11 years old.  Well, here is round 2, New vs. New.

Without really needing to it point out, and in an unbiased way, the Model S is an all-purpose, everyday sedan, while the Ferrari 458 Italia is not, and is purpose-built for speed, acceleration, and handling.  These are two completely different vehicles purchased for different reasons, so with that in mind, the Model S P85D still performed (and there is no other way to word it) INSANELY, for a family sedan!

A few years ago, most of us didn't think that it was possible for a sedan to perform like the Model S P85D does. Well, the P85D changes the perception of what a family sedan can be.

How does the new AWD Tesla Model S P85D compare against a new Ferrari 458 Italia? We took the two of them onto a quarter mile strip of road to find out.

This is the rematch that you've been asking for. A few of you said it wasn't fair to race a modern day Tesla with a decade-old Ferrari. So this time, I pitted it against a new Ferrari: The beautiful 458 Italia.

The Tesla has a more powerful engine, but is much heavier than the Ferrari. During these runs, there were two people in the Tesla and one person in the Ferrari. In the third run, the Ferrari was given a slight lead to try to even things out. The 1/4 mile marker ends at the back of the overpass. The Ferrari was driven in Race mode. The Tesla was set to Insane mode.

Editor's Note: Racing is strongly suggested to be conducted only on the race track. Not on public roads.