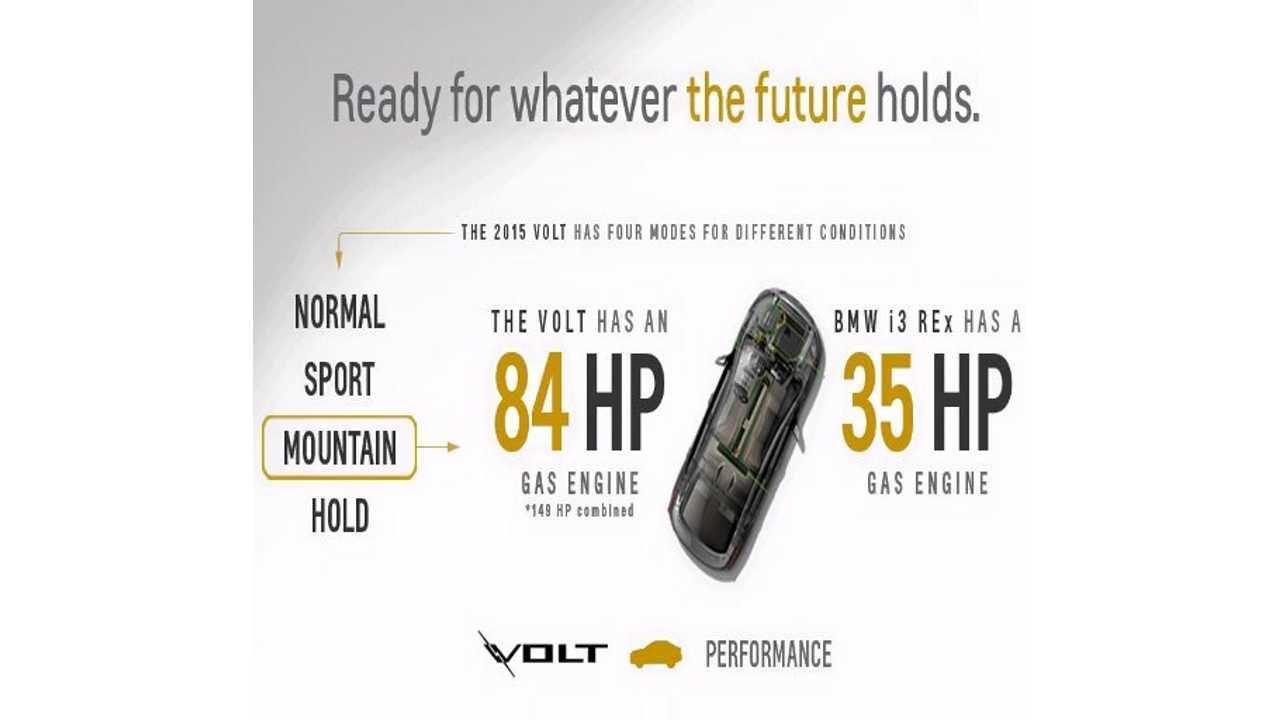 General Motors is taking shots at the BMW i3 right where the i3 is most vulnerable.

In a series of Tweets issued by General Motors, the 2015 & 2016 Chevrolet Volt is pegged as far superior to the BMW i3 in two key areas: total range and HP of the range-extending engine.

GM knows that the i3's limited 150-mile total range can be problematic.  In fact, some i3 owners have gone so far as to code their U.S. cars to get the software to recognize that the gas tank is slightly larger: 1.9 gallons to 2.4 gallons.

Additionally, the other Tweet by GM aims directly at the i3's limited REx power.  This can lead to reduced speed operation during long climbs for i3 drivers.  The Volt almost never encounters this reduced power mode.

Though attacking a competing vehicle is not something we encourage, we give props to General Motors for at least hitting the i3 in the right spots, thus showing its weaknesses.