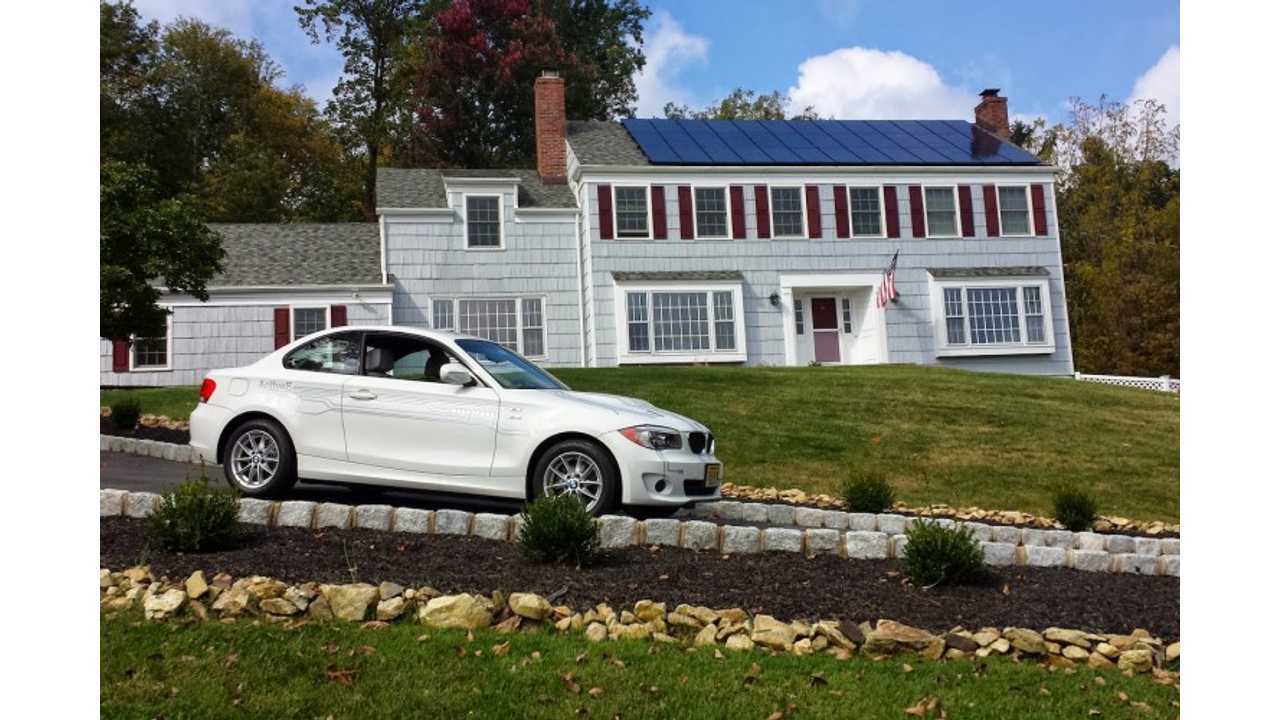 It’s been a little over five years since my electric journey began. I couldn’t have possibly imagined where this was going back in 2009 when I was accepted into the MINI-E trial lease program.

I knew I was interested in alternative fuel vehicles, and I knew I wanted to reduce my personal consumption of oil, but I really had no idea if I’d like driving electric or if the industry would actually be making and selling electric cars anytime soon.

Sure there were rumors that General Motors was going to make a plug in car that they were calling the Volt, there was a small start-up car company in California called Tesla selling an electric Lotus conversion for $105,000 and there were also a few new companies like Aptera and Phoenix Motorcars trying to bring electric cars to market, but nothing really seemed certain, and everything seemed many years away.

I admit I’m impatient and frequently wonder why it’s taking “so long” for mass electric vehicle adoption. I wonder why there aren’t more EVs from more manufacturers with a wider array of range options and utility. The driving experience of electric cars is simply so much better than that of an internal combustion engine car. In fact, most everybody who buys an electric car seems to agree that they want to continue driving electric from then on, and they don’t ever want to go back to the ICE. However, every now and then I’ll reflect on the past five years that I’ve been driving electric and I realize just how far we have come in that time. As I mentioned, back in 2009 the electric options were a $105,000 sports car from an unknown start-up electric car company (Tesla), apply for the MINI-E test program or build your own electric conversion. Today there are about 20 plug in cars available! Granted not all are available in every market in the US, but every couple of months or so a new plug in is introduced. So in reality plug in cars are indeed advancing pretty quickly, even if EV supporters like myself want more plug in options now.

We have indeed come a long way in a relatively short period of time. The automobile industry historically moves slowly and this shift to electrics is happening at a pretty fast pace as far as the OEMs are concerned. The typical gestation period for a totally new car is typically about five to six years, so by industry standards the plug-in revolution is indeed happening rather quickly. In 2009 and 2010 less than 2,000 plug in electric vehicles were sold in the US each year, respectively. In 2011 that number jumped up to about 17,000. In 2012 it more than doubled to over 52,000 and in 2013 there were over 97,000 US plug in sales. This year we are on a pace to sell about 120,000 plug in electric cars. That’s nearly 300,000 cars with plugs sold in the US since I first started driving electric back in 2009. I know 300,000 is a very small number compared to the overall amount of vehicles sold in the US during that time, but the number keeps growing every year and with new models being introduced all of the time that trend will likely continue.

I’m more convinced than ever that plug in electric vehicles are here to stay, and that mass adoption is only a few short years away. Battery electric vehicles offer a better driving experience. They are quieter, they drive smoother, they have much less maintenance and the fuel costs much less. They are cleaner and when powered by renewable energy are completely emission free. The electricity supply is getting cleaner every year as more and more renewables are introduced and the old, outdated and worst polluting powerplants are decommissioned. The supply chain of gasoline is going in the opposite direction as it takes more and more energy to find and extract oil so gas is actually getting dirtier and more polluting all the time, even as gas cars become more energy efficient. There are so many reasons why battery electric vehicles are the future it’s easy to realize that we’ll get passed the challenges faced today as this disruptive technology is being impeded and questioned by the entrenched industry.

The one thing I keep circling back to when people ask whether or not electric vehicles will have staying power or if they are only passing fad is the owner loyalty. The vast majority of electric vehicle owners love their cars and vow to never go back to gas. People love driving electric because it’s better. That’s the real reason EVs are here to stay. It isn’t the governmental incentives, the fact that they are cleaner, or are cheaper to operate. The real reason EVs will win in the long run is that they offer a better driving experience. People love driving them, it’s really that simple. The high cost of batteries, the need for a robust fast charge infrastructure and the inertia of the status quo are all just temporary obstacles that will be solved in the coming years.

When I first got my MINI-E, my daily driver was a Toyota Tacoma pick up which I still own. I now only use it to plow my driveway and the parking lot of my restaurant and whenever I need to haul something large. I  only drive it about 1,000 miles a year. The Tacoma averages about 18 miles per gallon so let’s say I never went down the electric path and simply kept driving my Tacoma this whole time. Here’s a little taste of what I would have had to do:

* I would have needed to buy about 8,600 gallons of gasoline, which would have cost approximately $30,000. The electricity to power my EVs during that period cost about $8,000 if I were paying market rate. However since I mostly charge from my home solar array and have a surplus many months I figure the real out of pocket cost for me was somewhere around $2,000.

* I would have had to stop for gas about 500 times and wasted 60 hours of my life just waiting at a gas station for my tank to fill – and they say plugging in is inconvenient!

*I would have released at least 100,000 lbs of CO2 into our atmosphere. According to the EPA burning one gallon of gasoline releases 19.64 lbs of CO2. If all of the electricity I used to charge my car came from my solar array then I would have save over 160,000 lbs of CO2, but since I do charge at my restaurant and at some public charging stations I realize it’s not possible to offer a perfectly accurate estimate. However I’m certain more than 66% of my energy comes from my solar array.

I’d like to thank the followers of this blog and my previous EV blogs. It’s been such a great ride so far, and the support I’ve gotten from the people here has definitely enriched the experience. Together we really are making a difference!
++