Chevrolet Volt Sales Plunge In January 2015 To Just 542 Units - Thanks Next Gen! 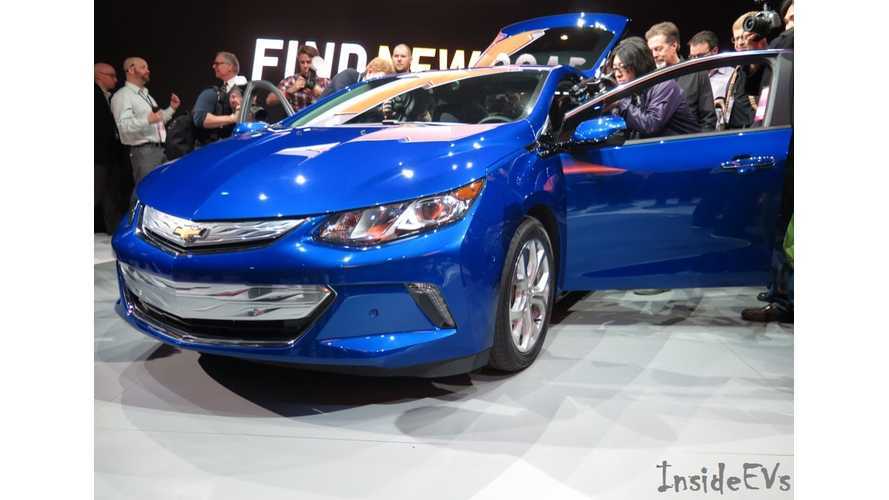 GM (and its CEO) Are Now Focusing On The Launch And Success Of The 2016 Chevrolet Volt...as they should be

With the introduction of the new 50 mile extended range 2016 Chevrolet Volt at the NAIAS in January (full details here), does anyone remember that the 'old' Chevy Volt is still on sale?  Does anyone care how many GM sold last month?

Well, we do.  Ironically, we might be the only ones looking at the sales for January.

GM themselves seemed to have mostly abandoned volume 2015 model year production since the Volt's Hamtramck facility went on a 8 week lay-off in the fall in preparation for the next generation Volt.

This all translates into some pretty hideous sales for January as just 542 Volts were sold, which represents a 41% drop from the 918 sold last year.    You have to go back to August of 2011 to find a result that low (302) when the Volt was still in limited production.

Managing new model year inventory ahead of the next gen car's launch in the fall of this year seems to be the modus operandi in Detroit these days, as for the umpteenth month in a row, only about 2,000 units of the 2015 Volt has been stocked nationwide.

But once again, sales right now aren't a reflection of true demand - although it is certainly low.  Quite honestly the current iteration of the Volt is just place-holding until the 2016s arrive.

Really...who wants a 2015 right now? Especially before the next generation is priced, as the rumor mill is suggesting it will start a few thousand dollars less than the current plug-in.

Video (below): January saw the first advertisement for the next-generation of Volt

Also of interest in January in relation to the Volt: