Cadillac ELR A 2014 Blunder Of The Year? 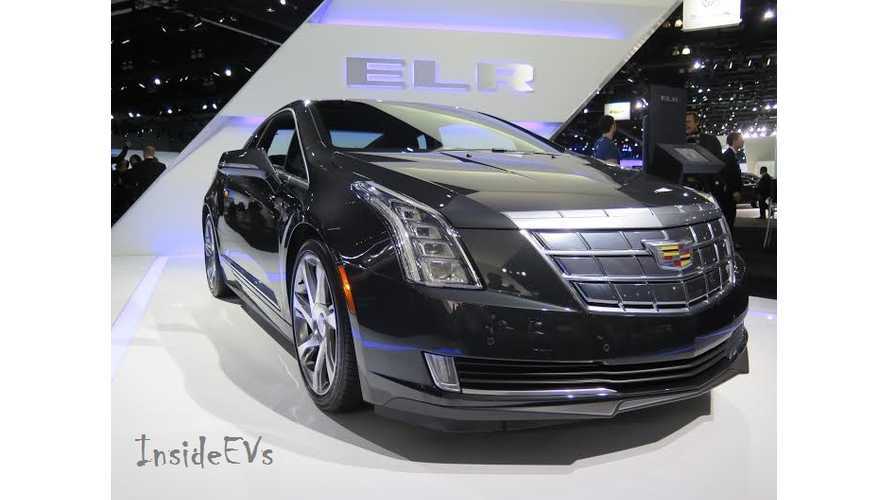 With the New Year now upon us, Automotive News examines what it believes were the Top 10 Blunder of 2014.

Fortunately for us, only one plug-in vehicle made the blunder list: the Cadillac ELR.

Here's why Automotive News believes the ELR deserves a spot on the list:

Cadillac executives said the $75,995 price for the Cadillac ELR plug-in hybrid was meant to convey an air of exclusivity. But that lofty sticker proved way too exclusive. Cadillac sold just 1,192 of the coupes through November, well short of an AutoPacific Inc. forecast of 2,100. Cadillac "surprised the world" with the coupe's knockout styling, Aaron Bragman, Cars.com Detroit bureau chief, wrote in his ELR review. "Then it surprised the world again by pricing it out of consideration for anyone who'd likely buy one."

We find the end result of almost 1,200 ELRs actually a lot higher than we expected given the very optimistic MSRP GM put on the car.

Of course to be fair we have seen almost $15,000 being offered off the sticker price of the extended range Cadillac (and heard rumors of much, much more being offered at the dealer level to close a sale), with few being sold near the $75,995 sticker price.   One would be hard pressed to consider the sales results of the ELR a success.

GM said in September that the Cadillac ELR production was on hiatus - so there is/will be no 2015 model year of the car, but promised to return with "engineering enhancements" at some point this year as a 2016 model.

However, since that hiatus announcement by GM, the 2016 Cadillac ELR was scheduled to be presented at the 2014 Los Angeles Auto Show, but was pulled at the last minute due to "due to system integration difficulties" - no further announcements have be made.

Even more recently in November, new Cadillac CEO boss Johan de Nysschen admitted that GM didn't position the car properly, and cast some doubt on the future status of the ELR (full article and quotes here).

“I absolutely believe that we need not only a successor to ELR but more vehicles of that caliber and they will be part of our future. We must not give up on the car. I cannot have 50 priorities at the same time. The team and I will get around to working on ELR, but it is clearly going to be a niche car.”