Why EVs Are And Almost Always Will Be Greener 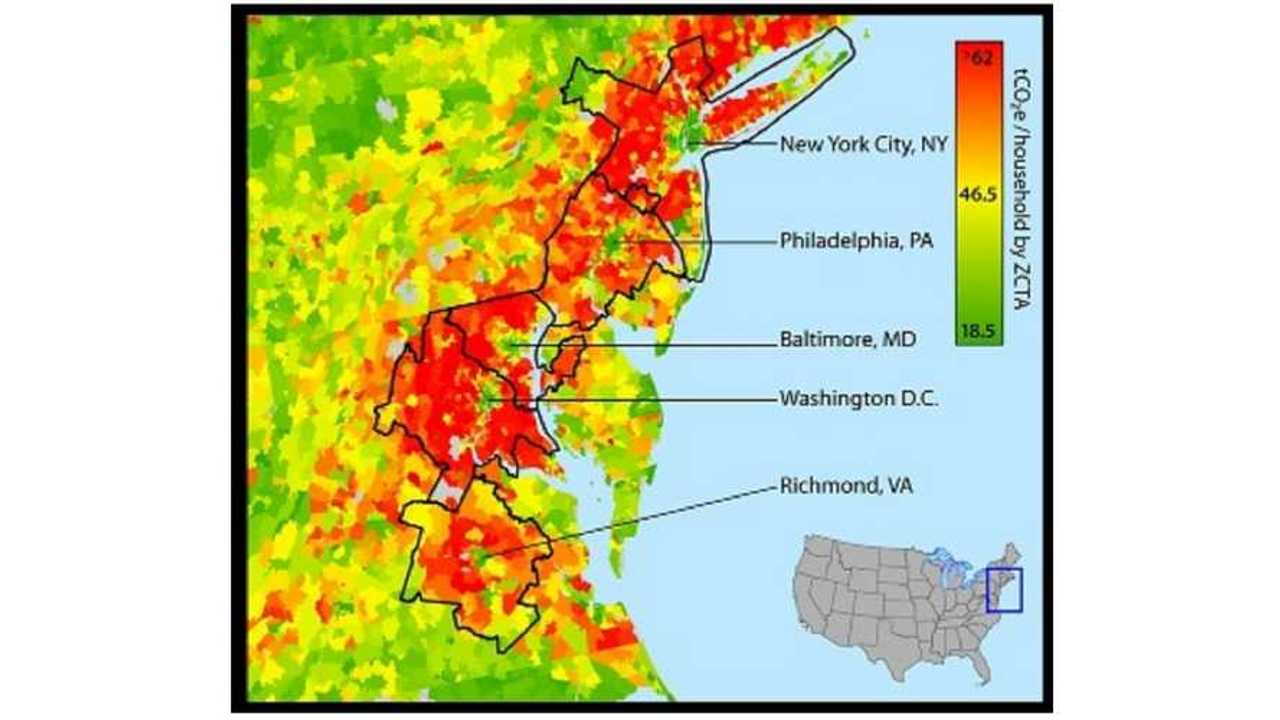 Department of Civil, Environmental, and Geo- Engineering, University of Minnesota

December 2014 seems to have been a bumper month for journalists to write about how EVs aren't always greener, like the article found here in the Economist. And EVs may not be as Green as They Seem from The Detroit Bureau . It seems that the buzz originates from this report.

Department of Civil, Environmental, and Geo- Engineering, Univ of Minn

There are a number of possibilities for the US  in the outcome of  its future energy mix which will effect grid averages. The above graph is reported from the linked article published by the Department of Civil, Environmental, and Geo-Engineering from the University of Minnesota. The report references the Department of Energy Annual Energy Outlook as their source of data through 2020, though the DOE report gives significant changes through 2040 with multiple possible outcomes opposed to one. From the University report: For the EV grid average scenario, we assume that electricity generation for EV use is distributed according to total generation amounts in the year 2007.  The elimination of coal  from the US energy mix has been aggressive from 2007 to the present. On June 2, the EPA submitted the Clean Power Plan Proposed Rule building on the reductions already started by states for  continued aggressive coal elimination. So we are not sure why the university chose 2007 and only one future model. It is worth noting that the US saw its peak consumption of coal in 2007.

In 2004 the Clean Air Task Force reported 24,000 US coal related deaths. By 2010, the US coal related deaths had dropped to 13,000. The new 2014 report shows that US coal related deaths have dropped once again to 7,500. This reduction is a combination of newly enforced regulations combined with the conversion or elimination of coal fired plants. This 2014  data would most likely change the 2007 grid average displayed above by a factor of three in the University report thus less than gas in their model. China on the other hand has an estimated 280,000 deaths per year due to coal and are just beginning to add scrubbers to their power plants.

The below graph presented by Black & Veach shows a different US future model with possible coal usage reduced to 16% by 2036, further showing the dangers of a single graph outcome.

Most journalist acknowledge that EVs powered by renewable energy are more environmentally sound, followed by a warning that EVs powered by coal fired electricity are extremely hazardous. The Minnesota University based report has increased the language to include mortality rates. Though we may question the parameters, particularly in US grid averages as they relate to present or future models, we agree on this point, that coal powered energy is responsible for human mortality in significant numbers.

Once again, connecting the dots that a coal powered EVs kill does not dismiss the fact that coal fired energy kills.

In the old world order, one might conclude to put a hold on this promising future while caught in the "chicken or the egg" syndrome.

Fortunately EVs are arriving in a time when we have choices and individuals are responding to those choices. Today 1-in-3 EV drivers already power their EVs via renewable energy.  The linked data provided by the California Center for Sustainable Energy is noteworthy of current trends for currently 40% of all EVs sold in the US are sold in California where it is also worth noting that coal fired electricity is almost non existent.

A new National Bureau of Economic Research working paper by Magali A. Delmas and two colleagues from the UCLA Institute of the Environment suggests that the California EV/solar combo trend can expand throughout US suburbia.

The report suggests that the US energy use problem can be greatly improved with this combination of EVs and solar energy. The paper considers that suburbanites of all political persuasions may increasingly become "accidental environmentalists" due to economics. In other words, the savings will be too good to pass up.

Researchers at the University of California, Berkeley have compiled an interactive map graphically depicting large increases in carbon footprints surrounding urban areas, particularly along the east coast as you move away from city centers. We already have a problem. The EV/Solar  combo provides a workable solution.

InsideEVs regularly reports on the California trend of combining residential solar arrays with the purchase or lease of an EV through data collected by the California Center for Sustainable Energy. If this trend persists for other suburban dwellers as the paper suggests, then "suburban carbon curve would bend such that the differential in carbon production between city center residents and suburban residents would shrink."

So we agree with these outstanding points made by Christopher W. Tessuma, Jason D. Hillb, and Julian D. Marshalla from the Department of Civil, Environmental, and Geo- Engineering, University of Minnesota.  First that coal is hazardous. Hazardous to the environment and secondly, hazardous to human beings causing deaths every day. Coal pollutants contribute to four of the five leading causes of mortality in the U.S.:  heart disease, cancer, stroke, and chronic lower respiratory diseases. Thirdly, we agree that renewable energy powered EVs are the future and save lives providing the first and best future model. The second best future model is that of EVs powered by natural gas generated electricity which is serving as the transition energy as US coal fired power plants are either converting to natural gas or becoming obsolete. The third being hybrid electric vehicles that have served as a transitional vehicle to this point in time as the 20+ plug-ins are arriving.  As for coal or any energy source hazardous  enough to cause deaths and health issues in significant numbers, it should be expediently managed.

Fortunately we are living in times where the consumer has a choice even in their energy source. 2014 saw over 100,000 US adopters for both EVs and solar photo voltaics. May 2015 be the year you buy/lease an EV and/or start your your own solar energy plant.