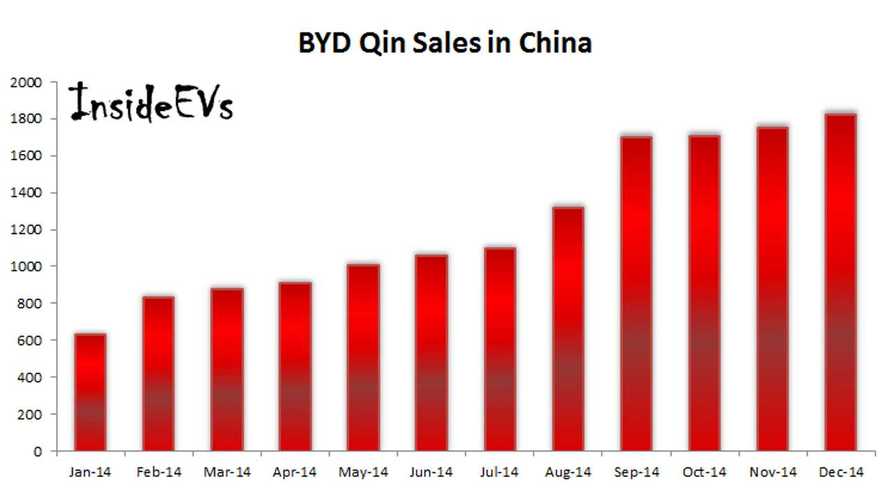 Compared to almost 19,000 Chevrolet Volts sold in the US, this is a significant result for Qin.

Almost a constant rate of sales in the last couple of month seems like a production ceiling may have been hit. We will find out if this is true this year.

Even more interesting is that the older all-electric e6 surged to 1,128 sold in December, instead of the typical 200+! Total e6 sales stand at some 3,560.