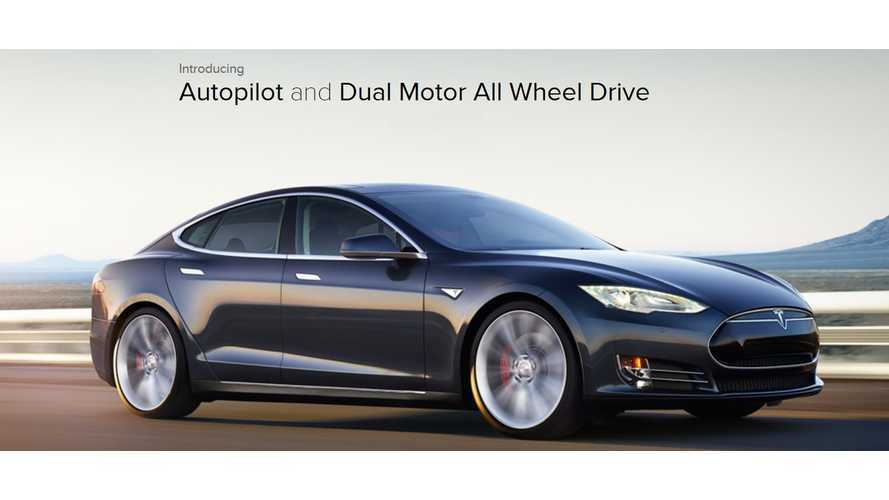 The team from DragTimes recently tested the Tesla Model S P85D on the dyno and, as one would expect, you must accelerate with care to not spin the tires.

According to the graph from the Mustang 4WD dyno, the most powerful Model S peaked at 864 ft-lbs (over 1170 Nm) of torque, while measured power reached 413 hp or 303 kW. The power result is some 200 kW lower than the 691 hp posted on the Tesla website, so we need to figure out where the bug is.

(Editor's Note: Rear measurement only on the hp?  Near identical number to the S85 results earlier)

"Since we know from past dyno results on the previous Model S P85 with just one motor rated at 415HP, most of the big torque and power is down low, so we attempted to start the dyno pulls as slow as possible.  However, the instant torque of the P85D spun the tires on the Mustang 4WD dyno during first few attempts, causing the car to pull back power.  After a couple more tries, we were able to successfully roll into the power low enough to get some big results with the P85D putting down 864 ft-lbs of torque to the wheels during multiple runs.   While the car doesn’t hold that torque number for very long as you can see in the graph below, it’s long enough to propel the Tesla off the line amazingly well, putting a grin on everyone’s face who tried it after the dyno sessions were over.

It should be noted that while the torque falls of pretty quick on the dyno and it’s noticeable when driving on the street, Tesla states that the full potential of the P85D has not been fully released yet and that future software updates will provide even more power at higher speeds.

The P85D top speed is currently electronically-limited to 130 mph. In the coming months, we will be able to upgrade the car free of charge to enable a 155 mph top speed. This free update will be available for the lifetime of the car (not limited to the first owner). Additionally, an over-the-air firmware upgrade to the power electronics will improve P85D performance at high speed above what anyone outside Tesla has experienced to date. In other words, the car will be better than you experienced. This free upgrade will be rolled out in the next few months, once full validation is complete."