NHTSA Pushes Back Noise Requirement For Electric Cars Until 2018 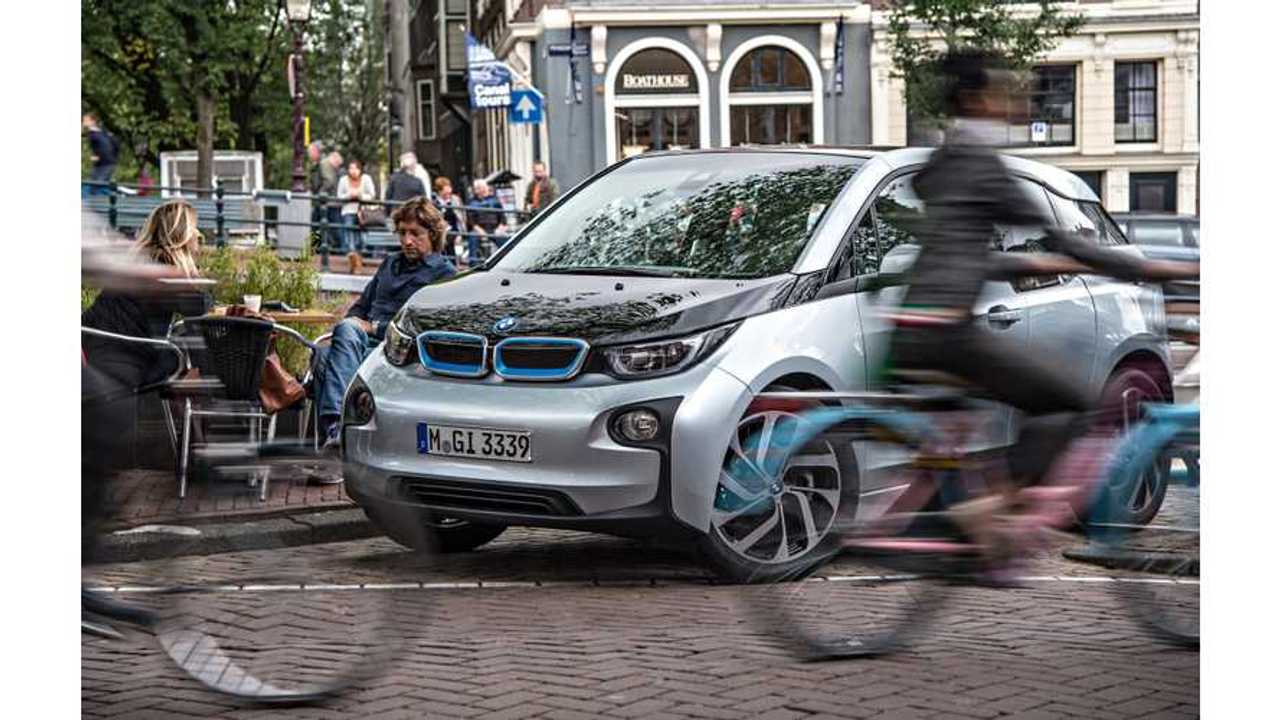 The National Highway Traffic Safety Administration is working on the requirements for near-silent cars, mainly with all-electric and hybrid drive, to add sound that will be "recognizable" as a motor vehicle in operation.

NHTSA must develop the requirements as Congress passed the Pedestrian Safety Enhancement Act to limit the expected increase of crashes involving pedestrians.

"It mandates that the Department of Transportation create safety standards for car manufacturers to create a sound that alerts pedestrians to the presence of a vehicle moving at speeds less than about 18 mph.

Under the PSEA, the added sound must be "recognizable" as that of a motor vehicle in operation. NHTSA's Proposed Rule is projected to reduce the number of incidents in which EVs and HVs strike pedestrians. The PSEA regulation will require all new hybrids and electrics to have the audible alert system if they're manufactured on or after September 1 of the calendar year that begins three years after the date the final rule is issued."

It's not an easy task to prepare the right set of requirements.  So, recently, the NHTSA decided to move the deadline back to 2018.

Currently, electric cars don't need to be equipped with such noise-making systems. Some manufacturers developed it, like Nissan's Vehicle Sound for Pedestrians in the LEAF, but some automakers don't have such a system in their electric cars. There are different policies on what type of sound is used, at what speeds and if the driver can activate or deactivate the sound.

"While the driver and passengers probably enjoy the lack of noise, it's a danger for pedestrians who are walking close to these vehicles, experts say. The lack of familiar engine sounds jeopardizes the safety of blind and visually impaired pedestrians, as well as bicyclists, runners, small children, the elderly and anyone else who's on foot but generally not paying attention."

Not all EV drivers agree that sound should be implemented. We hope that requirements will not lessen the beauty of silent EVs too much. Drivers should be more careful around pedestrians and pedestrians must be more alert too.

Perhaps some aspects of autonomous driving will lead to a compromise where sound is emitted only when pedestrians are around and only in some directions.

Here's some more info on the NHTSA's push-back-to-2018 decision:

"We're very disappointed that the PESA's final rule hasn't been released," says John Pare, the National Federation of the Blind's executive director for advocacy, calling it a significant delay. "The number of silent cars continues to increase, only making the need for the rule that much more important to pedestrians," he said.

If you own an electric or hybrid vehicle without a noisemaker, don't expect to find aftermarket devices to address the issue. "It's not a priority," Pare says.

But that doesn't mean car manufacturers are doing nothing, says Chris Duke, who has 27 years experience customizing vehicles and hosts the auto improvement show Motorz. For example, Toyota and Lexus hybrid vehicles have a Vehicle Proximity Notification System. The top-selling electric car, the Nissan Leaf, has an alert noise, called the Vehicle Sound for Pedestrians. The plug-in hybrid Chevrolet Volt also has an alert noise, which the driver can activate.

But each original equipment manufacturer (OEM) is choosing how to proceed and what sound to include. The pedestrian alert on the Fisker Karma, audible when the car is in electric mode at speeds under 25 mph, sounds like a "combination of Tron light cycle, the 2001 monolith noise, the Droid phone commercial sound and a squadron of P-51 Mustangs banking overhead," wrote Dan Edmunds, Edmunds.com's director of vehicle testing. The sound of the 2015 Kia Soul EV is "part light saber, part slow-motion crickets," another reviewer wrote.

Meanwhile, though, "Some OEMs aren't doing anything until they know what the federal law says," says Duke. Ford is one of the carmakers that has not yet added warning sounds to its EVs and plug-in hybrids, company spokesperson Kelli Felker confirms.

Manufacturers want the alert sound to be pleasant to the ear of drivers and passengers, while avoiding a Pandora's box of too-divergent sounds, like individual ring tones for every vehicle. "Everybody's looking for NHTSA to come up with a solution so everybody can move on," Duke says."