Op-Ed: How Fast Charging Will Increase BMW i3 Sales 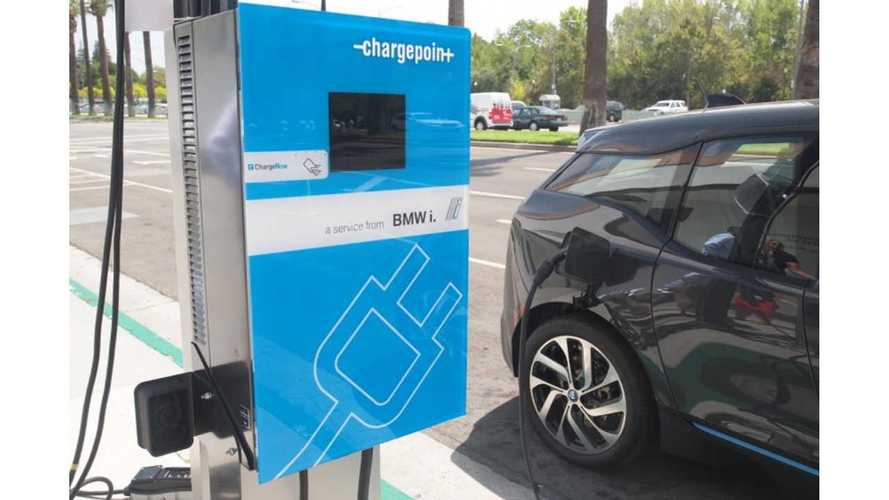 Recently, I wrote to you kind folk about how the BMW i3, and its technology and range anxiety, scared most people away from buying it. Range anxiety is an issue for all EVs and not just the i3, and it’s an understandable fear. However, BMW will soon make life a bit easier for its i3 buyers.

BMW has recently announced, at the Washington Auto Show, its plans to join forces with, German rival, Volkswagen and, EV charging giant, ChargePoint, to develop a network of DC Fast Chargers throughout the country. ChargePoint already has 20,000 locations throughout North America and plans to fill in the gaps as strategically as possible, so that, amongst the most traveled roads on the East and West coast, charging stations are no more than 50 miles apart.

The plan is for 100 ChargePoints to be allocated on I-95, from Boston to D.C, and a route which will connect Portland, San Francisco, L.A and San Diego.

These charge points will be placed near shopping malls and restaurants, so as to keep motorists busy as they wait for their i3 or eGolf to charge. These ChargePoints will consist of either 50 kW DC Fast Chargers or 24 kW Combo fast chargers with both SAE combo connectors and 240v, level 2 AC connectors. An i3 can charge up to 80% battery in 20 minutes on a 50 kW connection, which is enough time get a quick bite to eat while you charge up.

*Editor's Note: This post appears on BMWBLOG by Nico DeMattia. Check it out here.

“This project is another important step in the development of the U.S. e-mobility infrastructure that makes longer distance travels a real option for consumers.” Says Robert Healey, Head of EV Infrastructure for BMW NA.

The idea is to make an fast-charging super network, similar to Tesla’s, to make traveling in electric vehicles a far simpler, and more common, idea. The removal of range anxiety, or at least the reduction of it, will create a much better environment for EVs to thrive.

California is already littered with ChargePoint stations and is a leader in EV sales. However, that last part may have more to do with a green image Californians need to exude. Nevertheless, those ChargePoint stations have proven to be quite successful and, if adopted throughout the country, could springboard cars like the i3 into the mainstream.

The first step was just made in Kansas City where KCP&L and ChargePoint will install 1,000 charging stations. Atlanta Metro area could be next since it holds a large number of electric and plug-in hybrid vehicles.

While battery technology advances and gets ready for mainstream, the infrastructure is the one single thing that can speed up the adoption of electric vehicles.