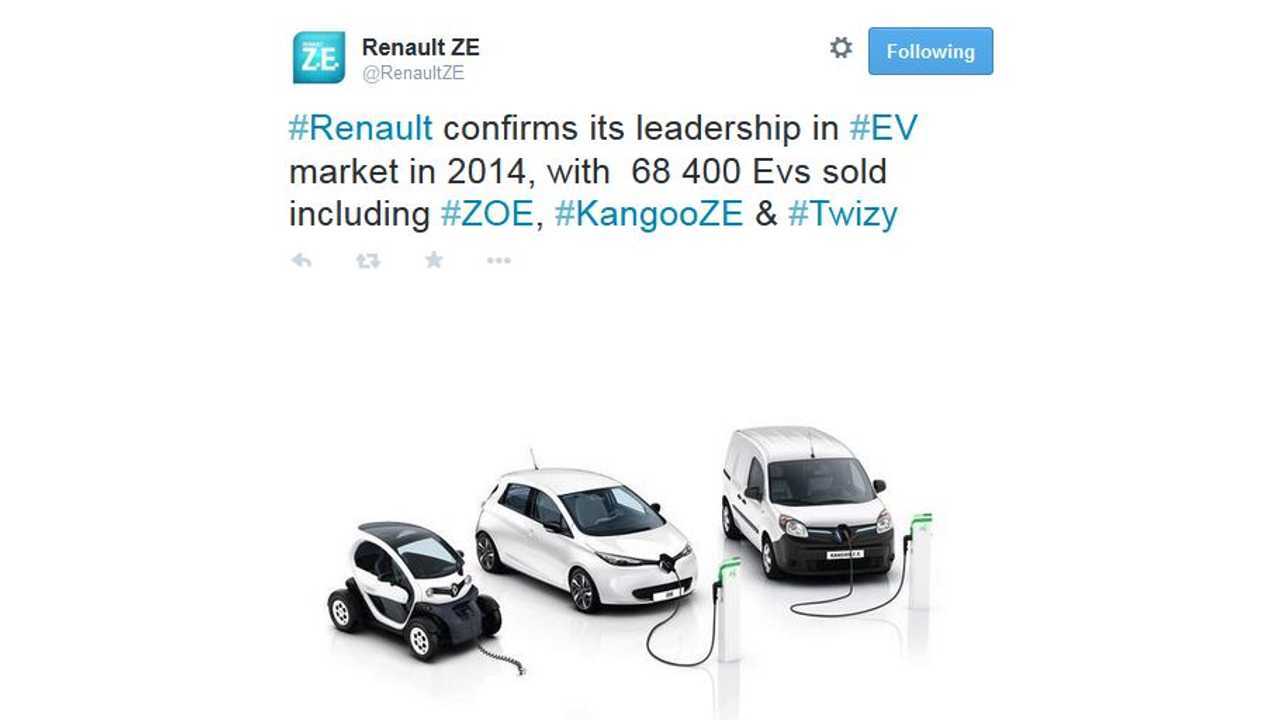 For 2014, Renault once again captured the title of Europe's #1 seller of electric cars.

Via Tweet, Renault confirms that it has now sold 68,400 electric cars in Europe.

The biggest seller in that lineup is ZOE, but the electric Twizy quadricycle is more widely available around the globe.

Trailing Renault is Mitsubishi and then Nissan in terms of total plug-in electric vehicle sales in Europe in 2014.