As foretold earlier this week, Tesla has rolled out the prototype "Roadster 3.0 Package".

With precious few days left in 2014 to make good on an earlier promise to update the battery technology found in the Roadster, which first hit the market in 2008, Elon Musk tweeted that all would be revealed after Christmas.

That day turned out to be today, as Tesla Motors announced that current Roadster owners (~2,500 of them) are looking at being able to swap out their old batteries  (53 kWh) for new ones with improved technology providing 70 kWh of power.

In addition, and also somewhat unexpected, a Roadster 3.0 retrofit aero kit is part of the package that will make the 2 seater 15% more efficient slipping through the air, along with a new available set of tires, wheel bearings etc. that will aid the car in achieving more range.

How much more range is now on tap? the company says to expect 40-50% more miles.  The original iteration of Roadster had been rated by the EPA at 244 miles.   Under the right set of circumstance, the company says one could expect to get more than 400 miles.

Tesla will demo the long-range Roadster 3.0 in early 2015.  We expect this prototype package to be identical to that which is offered to owners in 2015 (otherwise why do it?).   Pricing has yet to be announced.  Tesla also says this will not be the last of the upgrades available to owners in the future.

Our own off-the-cuff estimate would be that, given the limit amount of cars to potentially upgrade, Tesla doesn't want to price the retrofit too exorbitantly but also doesn't want to lose money either.  $25,000-$30,000 sounds about right to us. 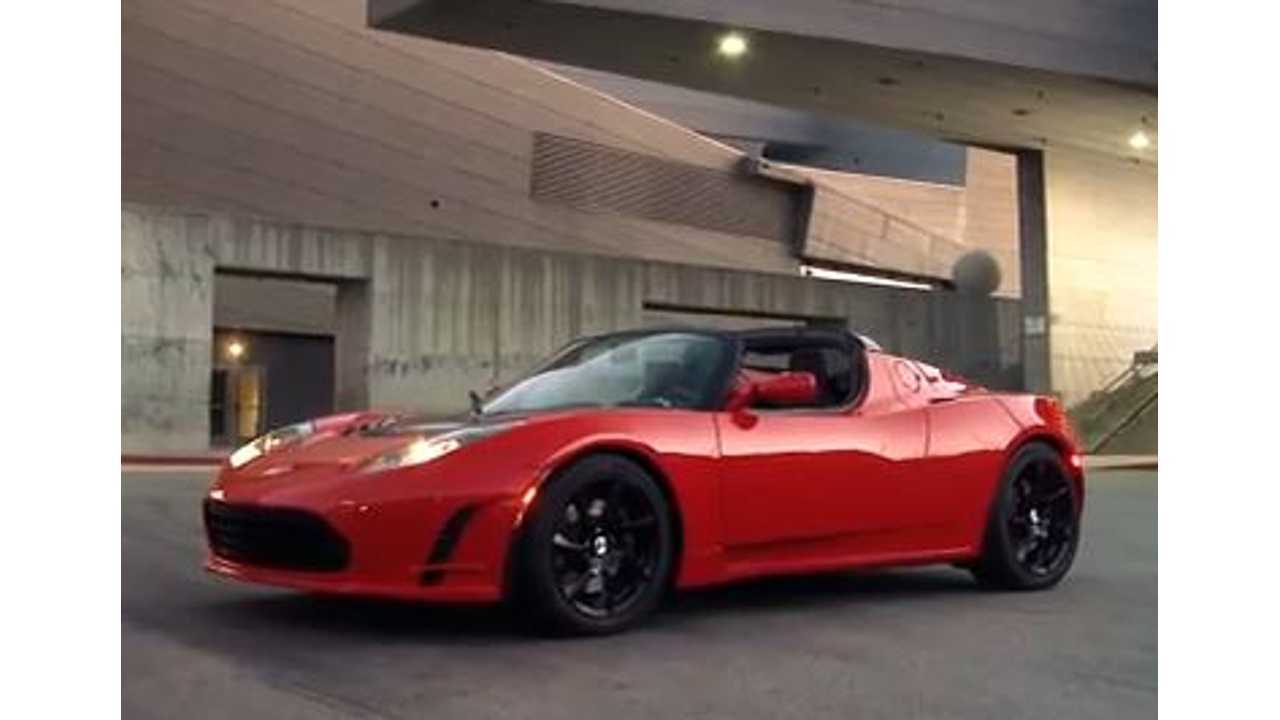 The Roadster 3.0 package applies what we've learned in Model S to Roadster. No new Model S battery pack or major range upgrade is expected in the near term.

Battery technology has continued a steady improvement in recent years, as has our experience in optimizing total vehicle efficiency through Model S development. We have long been excited to apply our learning back to our first vehicle, and are thrilled to do just that with the prototype Roadster 3.0 package. It consists of three main improvement areas.

1. Batteries The original Roadster battery was the very first lithium ion battery put into production in any vehicle. It was state of the art in 2008, but cell technology has improved substantially since then. We have identified a new cell that has 31% more energy than the original Roadster cell. Using this new cell we have created a battery pack that delivers roughly 70kWh in the same package as the original battery.

2. Aerodynamics The original Roadster had a drag coefficient (Cd) of 0.36. Using modern computational methods we expect to make a 15% improvement, dropping the total Cd down to 0.31 with a retrofit aero kit.

3. Rolling Resistance The original Roadster tires have a rolling resistance coefficient (Crr) of 11.0 kg/ton. New tires that we will use on the Roadster 3.0 have a Crr of roughly 8.9 kg/ton, about a 20% improvement. We are also making improvements in the wheel bearings and residual brake drag that further reduce overall rolling resistance of the car.

Summary Combining all of these improvements we can achieve a predicted 40-50% improvement on range between the original Roadster and Roadster 3.0. There is a set of speeds and driving conditions where we can confidently drive the Roadster 3.0 over 400 miles. We will be demonstrating this in the real world during a non-stop drive from San Francisco to Los Angeles in the early weeks of 2015.

We are confident that this will not be the last update the Roadster will receive in the many years to come.