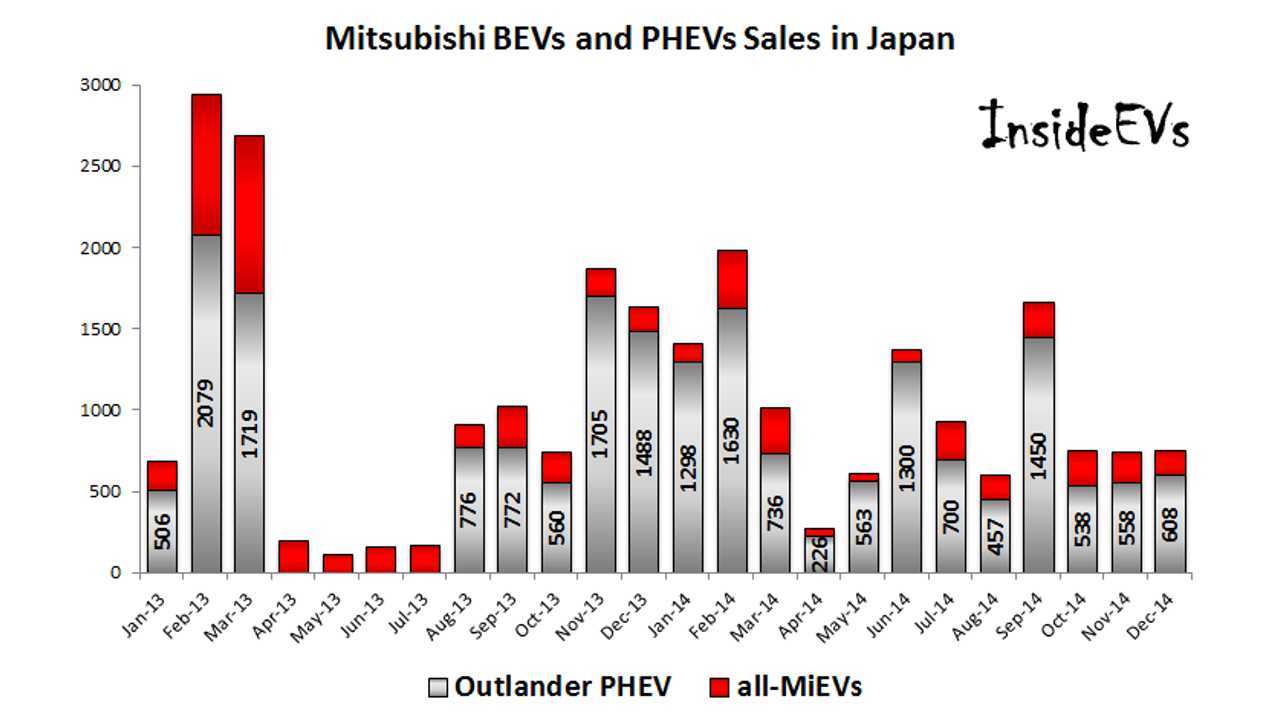 As you can see on the graph, sales in Japan were all over the charts, but recently stabilized at 600 a month.

The Okazaki plant is able to produce 50,000 Outlander PHEVs annually, so if demand remains strong, next January - before sales in the US even beging - Mitsubishi will reach 100,000!