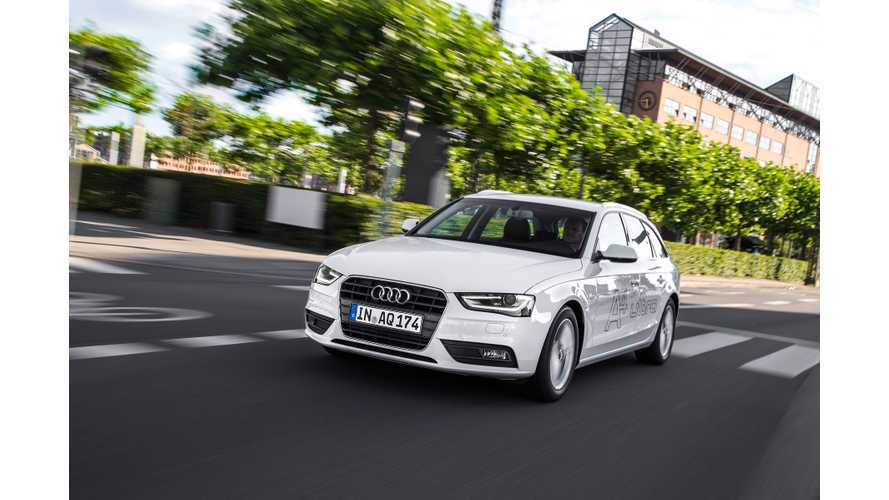 Production jubilee in Audi’s mid-sized range: 20 years of Audi A4 at Ingolstadt plant

The upcoming 2015 Audi A4 (available this summer) will be electrified with a new hybrid four-wheel drive system named e-Quattro.

e-Quattro consists of two electric motors - one in the rear, and one in the front combined with a front-mounted combustion engine for total of over 400 hp.

"In range topping spec an output of over 400bhp is expected, comprised of a 292bhp combustion engine, 54bhp electric motor contained within the transmission itself, and 116bhp electric motor driving the rear wheels.

When cruising at a constant pace, just the front wheels will be driven by the combustion engine, while urban driving can make sole use of the rear-axle’s electric motor. When full performance and grip is required, the system can then offer maximum propulsion in all-wheel drive."

Audi A4 e-Quattro will get better fuel economy than the conventional version, despite additional weight for the electric part of the drivetrain (especially batteries).

The German manufacturer is also preparing to equip new models with wireless charging by 2017.