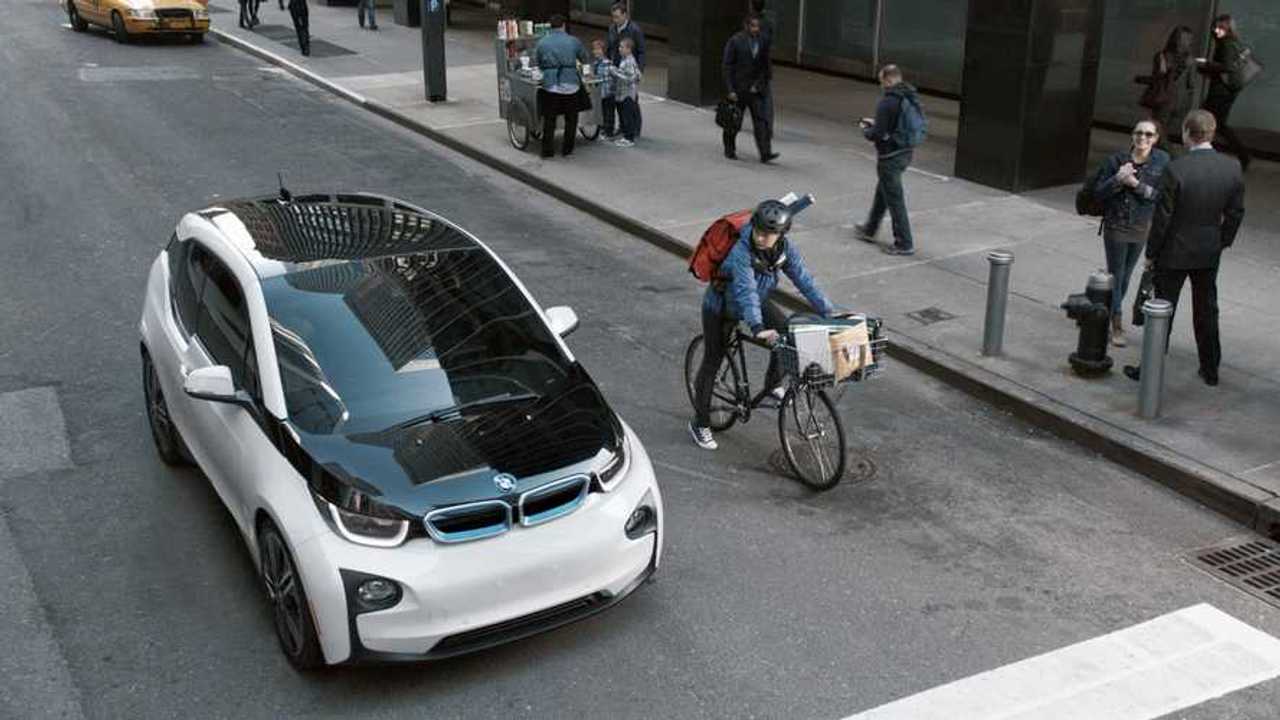 Last week, BMW announced its return to Super Bowl commercials after a four-year hiatus. The star of the new Super Bowl ad is BMW’s first electric vehicle, the i3.

The Vision Behind The Commercial

The commercial begins with a flashback to NBC’s Today Show in 1994 with Katie Couric and Bryant Gumbel talking about this “new thing” – the Internet. The historical footage focuses on the “@” symbol and email, and how communications apparently travel over the Internet, creating confusion among the popular TV hosts.

Next, the commercial switches to 2015 and puts the spotlight on the BMW i3. Couric and Gumbel are now struggling to understand what the i3 is and even how it was made, bringing back memories from 21 years ago.

The ad concept for “Newfangled Idea” was devised by our agency Kirshenbaum Bond Senecal + partners,” says Manuel Sattig, Manager, Brand Strategy and Communication, BMW of North America, to BMWBLOG. “We wanted to make sure that we had a spot worthy of a Super Bowl commercial and we immediately knew “Newfangled Idea” was unique. ”

The commercial went through iterations to arrive at the final format, one of them involves more air time for Couric and Gumbel.

“The initial concept of the spot had less of Katie and Bryant today, we all decided that bringing them back and filming more of them in the i3 was just what we needed,” Sattig tells us.

BMW says landing the two TV personalities was an easier task than expected, with both of them loving the idea on the spot.

“We did not have to convince them,” says Sattig. “And when you look at the spot and the behind-the-scenes footage, you can really tell that Couric and Gumbel had a lot of fun during the shoot.”

Sattig went on to explain the message behind the commercial and what BMW hopes to achieve with the Super Bowl ad.

“Electric mobility is at a tipping point and we are on the verge of something great,” says Sattig. “But some people might not be aware of all the possibilities this new form of mobility provides.”

Super Bowl is the most viewed event in the world and a perfect marketing venue when February comes every year. “With one in three Americans tuning into the Super Bowl, it’s the perfect opportunity to raise awareness for e-mobility and the innovations and solutions we have with BMW i,” adds Sattig.

“We love the final ad and it appears the audience does too,” concludes Sattig.

BMW USA says the i3 commercial has already proven to be successful, even though it was released on the web only so far, a week before the Super Bowl.  The spot has received over 4.2M views on YouTube – as of January 28 – and internal metrics point to a successful campaign.

“Over 61% of the traffic that is coming to BMWUSA to build a BMW i3 are new to the site – compared to 47% for other models,” Sattig reveals to BMWBLOG.  “Additionally, people are requesting more information about the BMW i3 at a rate of 10X more than we saw the previous week.”

In the last few years, Audi has been one of the biggest spenders in Super Bowl weekend, but this year the German automaker announced that it won’t participate in the event. So naturally, many have begun to wonder whether Super Bowl commercials still deliver a decent return on investment.

“If your target is to generate awareness and recognition for a product, the Super Bowl is one of the best platforms to create that,” says Sattig. “Please understand that we cannot go further into the details of our investment,” says Sattig when asked about the money invested in the making and distribution of the BMW i3 commercial.