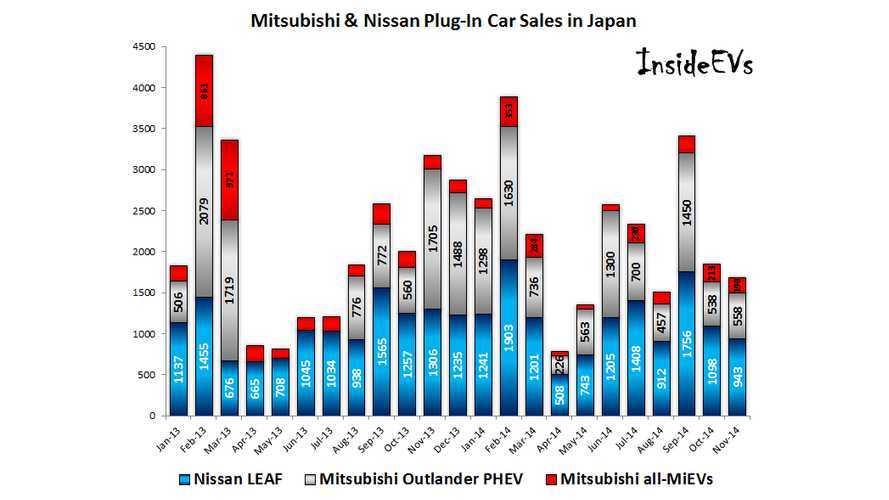 Japan had another weaker month in November as sales of Mitsubishi's and Nissan's plug-in electric vehicles fell compared to November of 2013.

Mitsubishi Outlander PHEV, with 558 units sold, was approximately three times lower than the 1,705 sold in November 2013. Only the all-electric MiEVs went up a little bit from 167 to 190.