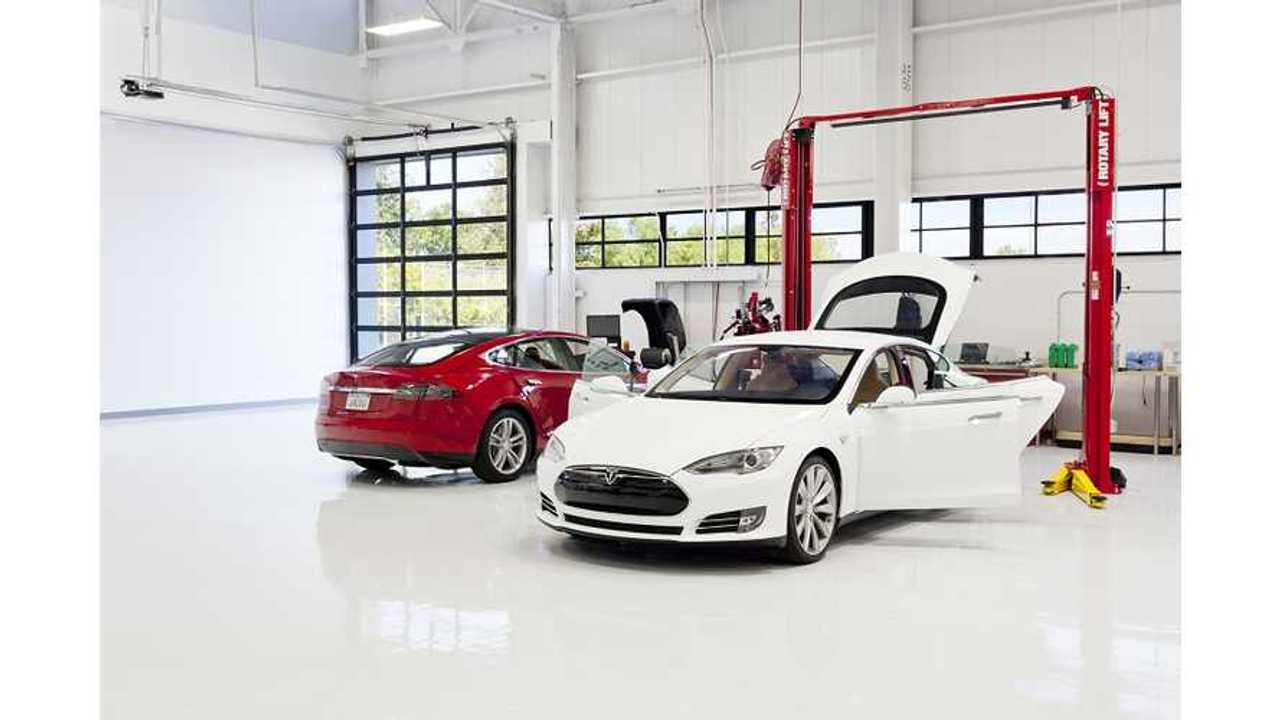 Tesla Motors has proven that its company-owned service centers are more than capable of delivering a repair satisfaction experience well beyond that of new franchised car dealerships and even independent repair shops.

"Our annual survey of Consumer Reports subscribers found that independents outscored dealership service once again for overall satisfaction, price, quality, courteousness of the staff, and work being completed when promised. With few exceptions, the entire list of independent shops got high marks on those factors. The same couldn’t be said for franchised new-car dealers."

"The one automaker that outscored the independent shops was the electric carmaker Tesla, which earned high praise for its on-time repairs, courtesy, price, quality, and overall satisfaction."

"But part of Tesla’s success might be because it’s new to the market, and it has a relatively small number of customers to satisfy compared with the established luxury brands."

It's not surprisingly that "luxury" brands led the way.  Here's the rundown of the top scoring brands in repair satisfaction:

*The survey, conducted by the Consumer Reports National Research Center, was based on subscriber satisfaction with repairs on more than 121,000 vehicles—80,000 of which were repaired at franchised dealers and more than 41,000 at independent shops.