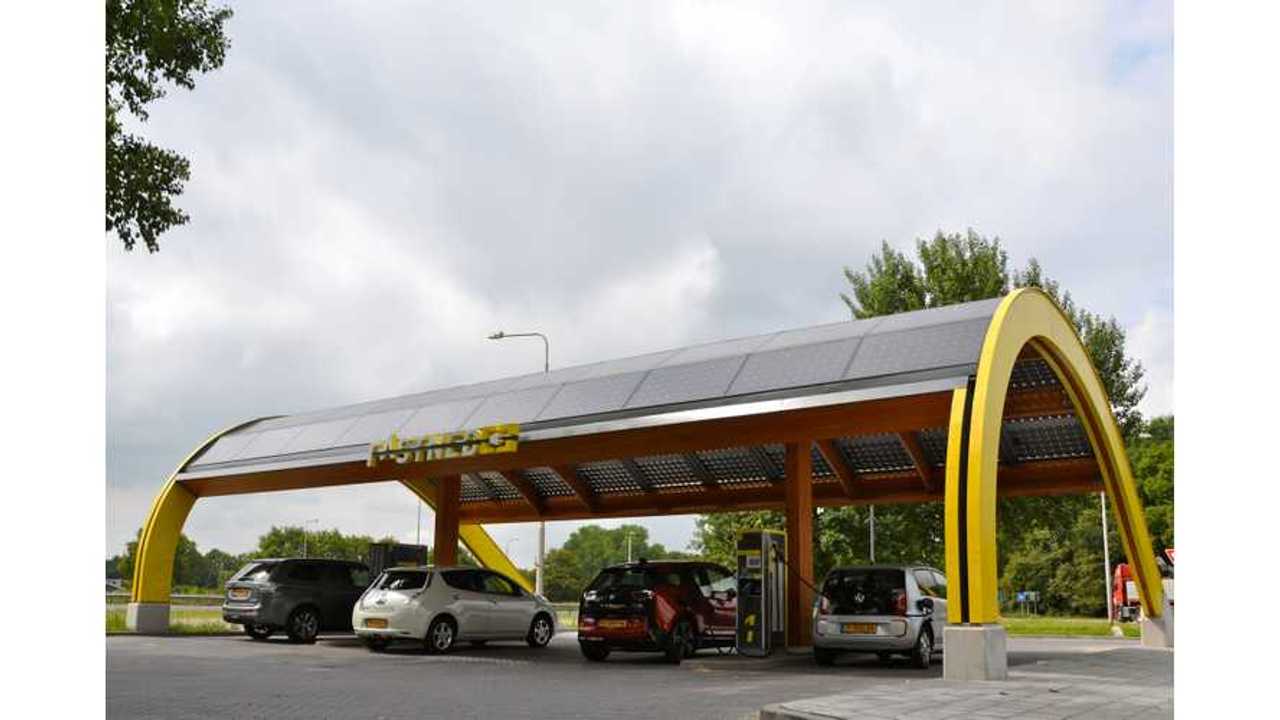 CHAdeMO Association recently released a small summary of charging infrastructure projects supported by the European Union and, as it turns out, 2015 will see the completion of several projects that get over 500 multi-standard DC fast chargers installed in Europe.

First up was the UK and Ireland, which in 2013 began its €7,3 million project called the RCN (Rapid Charging Network) and are now speeding up for the completion of the 74 charger network.

"In October 2013, we have reported about the approval of a €7,3 million charging infrastructure project across the U.K. and Ireland. Named the RCN (Rapid Charging Network) project, they are speeding up for the completion of the 74-charger network. This was the first of the multi-standard, multi-country charging infrastructure project supported by the EU, together with four automakers that selected different protocols of fast charging for their EVs: BMW, Nissan, Renault, and Volkswagen."

The most recent project is 200 fast chargers in France:

"The CORRI-DOOR project is managed by the French utility giant Electricité de France (EDF), supported by the same automakers as RCN. EDF shall install 200 new CHAdeMO/Combo2/AC fast multi-standard chargers stations along the French motorways linking large urban areas and suburban centres. This is a €9,7 million project with the subsidy."

"The CEGC (Central Europe Green Corridors) project is led by Verbund, a utility company in Austria. In this project, there will be 115 triple-connector chargers installed across five countries. As shown on the map provided on Verbund’s website, the biggest portion will be in Austria (60 chargers), followed by Slovenia (26), Slovakia (21), Germany (5) and Croatia (3). This €7,1 million project be co-financed by the same automakers as the above two."

And finally, 155 fast chargers in the Netherlands, Denmark, Germany and Sweden:

"The ELECTRIC project stands for European Long-distance Electric Clean Transport Road Infrastructure Corridor. This Corridor shall be adorning Sweden (35 chargers), Denmark (23), the Netherlands (30) and Germany (67) with the total of 155 triple-connector chargers provided by the project coordinator ABB in the Netherlands. With the total budget of €8,4 million, ABB is joined by the Dutch e-mobility operator and retailer Fastned, the Danish emobility operator CLEVER, the Swedish public utility and e-mobility operator Öresundskraft and the German testing and certification institute VDE Prüf-und Zertifizierungsinstitut."