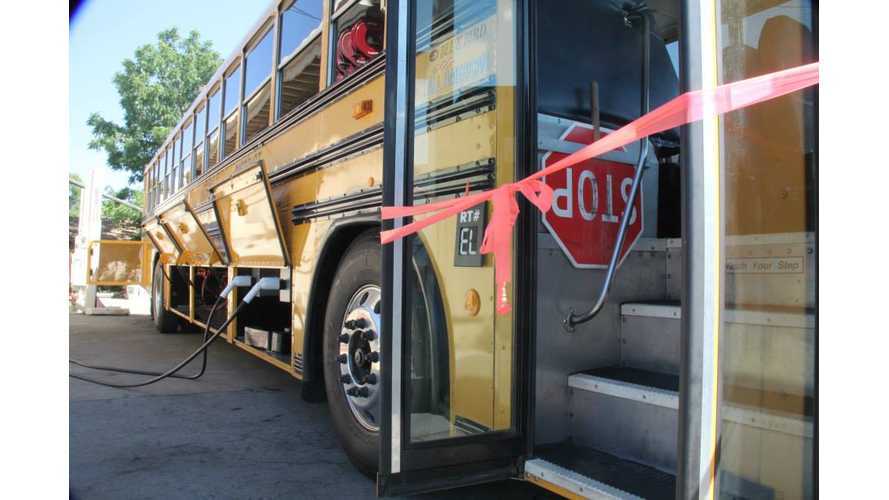 Gilroy Unified School District handed the keys to a diesel 2007 Blue Bird bus to Breathe California of the Bay Area and then received this all-electric bus in return earlier this Spring.

Now the school bus conversion project by Adomani has been featured (above) as the "Success Story" of the week, by MotorWeek.

Just as a primer on the bus, it now has a 82 kWh battery pack, charges partially by solar energy and has a range of 40 miles, which admittedly doesn't sound like much, but it has been optimized for the job it has to do - shuttle up to 50 kids over a 22 mile route.

The Gilroy board and the bus conversion manufacturer says the bus will pay for its own conversion costs in about 6 years.

Video (below): More technically specific walk-though of the bus by Adomani