Will BMW i3 Super Bowl Commercial Be Successful? (w/video) 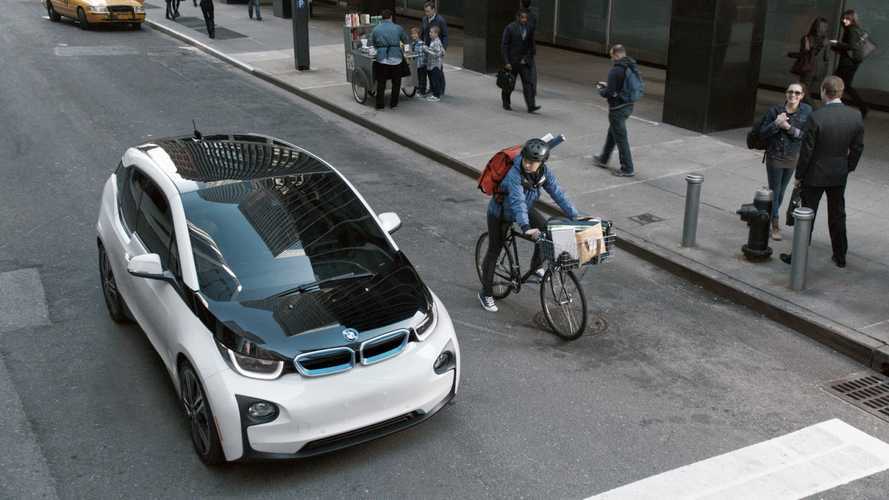 Even though the Super Bowl is a few days away, BMW released the 60-second i3 commercial, which will air Sunday during the big game.

The commercial begins with a flashback to a live filming of NBC's Today Show in 1994 with Katie Couric and Bryant Gumbel Talking about the internet. They have absolutely no idea what it is or how one might use it. They even can't agree on what the "@" symbol on a keyboard means. It's really hard to imagine this, since in the 21 years that have passed since this was filmed, the internet has integrated its way into all of our lives so much it is difficult to image life without it.

That's the whole point of the commercial. Things that seem foreign to us today may be the norm very soon in today's rapidly evolving world of technology. After the flashback, Katie and Bryant are sitting in an i3, and their conversation sounds very much like the one they had 21 years ago, struggling to understand what the i3 is and even how it was made. At one point Bryant looks out the window at a cyclist who is waiting next to them and says, "Katie said she thought this was a car," inferring that he doesn't even know what to call it.

I must admit, the first time I watched it I was a little disappointed. I was so excited when I heard BMW bought a full 60 second commercial during the Super Bowl just for the i3, and I immediately began to imagine what angle they might use. I was hoping for something that expressed how much fun the car is, how people just love to drive it, and how easy they could integrate the electric lifestyle into their life. I've been critical of all of the automaker's marketing efforts when it comes to their electric vehicle offerings. I don't believe anyone has really captured the essence of driving electric or why someone might consider getting their first electric car. So in my mind this was the angle I was hoping BMW went for. I also had a little fear they would just go entirely the sustainability angle, at which point I may have just banged my head on the kenaf fiber dashboard of my i3 until I was unconscious.

So I was a little surprised when I watched the commercial, but then I watched it a couple more times and I started to see why this may indeed have been the proper angle to take. No, it's not as heartwarming as the Clydesdale horses in the Budweiser spots, or even as cool as Leonard Nimoy's Audi commercial from last year, yet it does drill home the point it was trying to. Electric mobility is on the verge of becoming mainstream, and even though it may seem foreign to most people today, in only a short period of time they will wonder why they were ever living without it. I can live with that. Well done BMW. Hit or miss; what do you think? Leave your opinions below in the comments section.