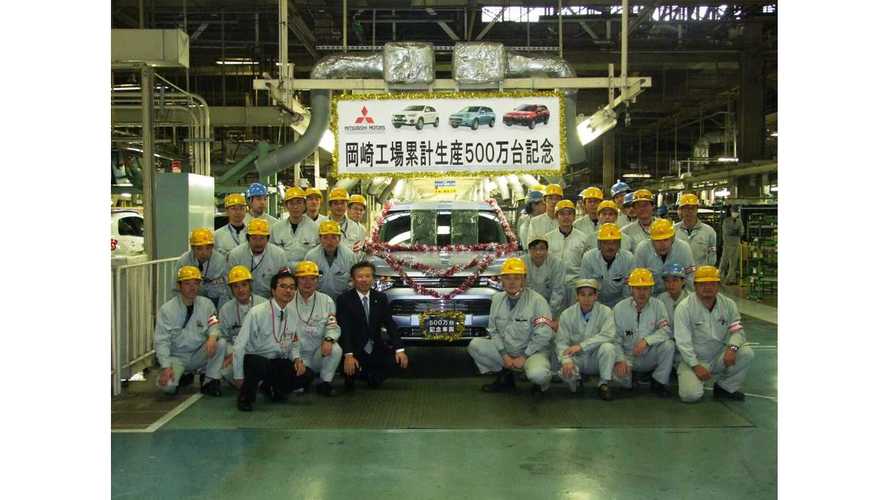 Mitsubishi Motors Corporations' Okazaki plant near Nagoya, Japan has been producing cars since 1977 and recently celebrated its 5 millionth vehicle.

The jubilee car is the Mitsubishi Outlander PHEV.

The Okazaki plant, after the ramp-up, is able to assemble some 50,000 Outlanders PHEV a year.

"Tetsuro Aikawa (MMC’s President & COO) formally presented this milestone Outlander PHEV to Yasuhiro Uchida(Mayor of Okazaki City), to be used as a self-sufficient, EV-based, 4WD emergency vehicle in case of a natural disaster.

Mitsubishi said that, in Europe, 18,644 Outlander PHEVs were sold between January  and November 2014, making it the best-selling plug-in hybrid electric vehicle in the region.

Combined with 8,197 delivered last year in Europe, there are now some some 26,841 Outlander PHEVs on European roads.

With another 18,506 sold in Japan (through the end of October 2014), Mitsubishi is approaching to 50,000 units of Outlander PHEV sold worldwide.