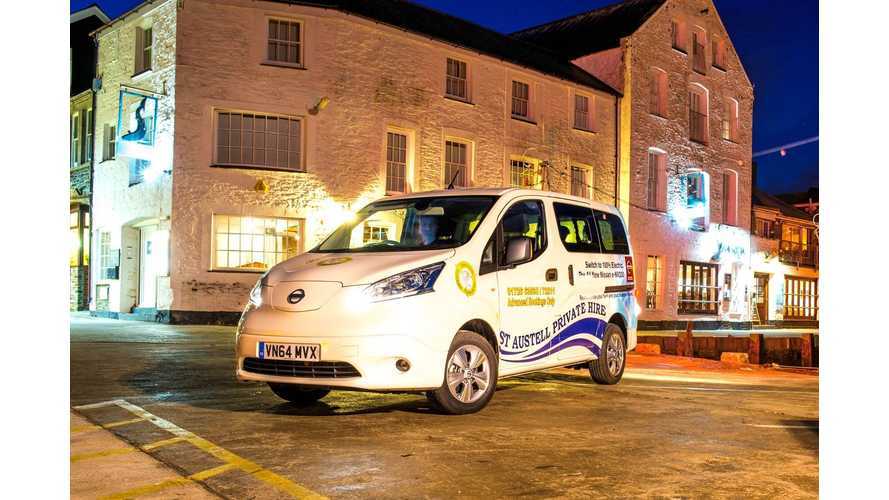 C&C Taxi, the St. Austell-based British taxi company, is one of the first in the UK to receive the passenger version of Nissan e-NV200.

Earlier, C&C Taxi bought six Nissan LEAFs, so the company is not new to the EV world.

After the first 1,000 miles, C&C's fleet manager, Mark Richards, says that savings should reach £10,000 in fuel bills per year per car.

"We've had such great success with our LEAFs we decided we were going to buy an e-NV200 the minute we learnt it was going to be launched."

"Now we have one, we're absolutely delighted with it. It does everything the LEAF does but is much bigger and offers more space."

Here is video on  C&C Taxi's use of the Nissan LEAF and e-NV200 Combi: