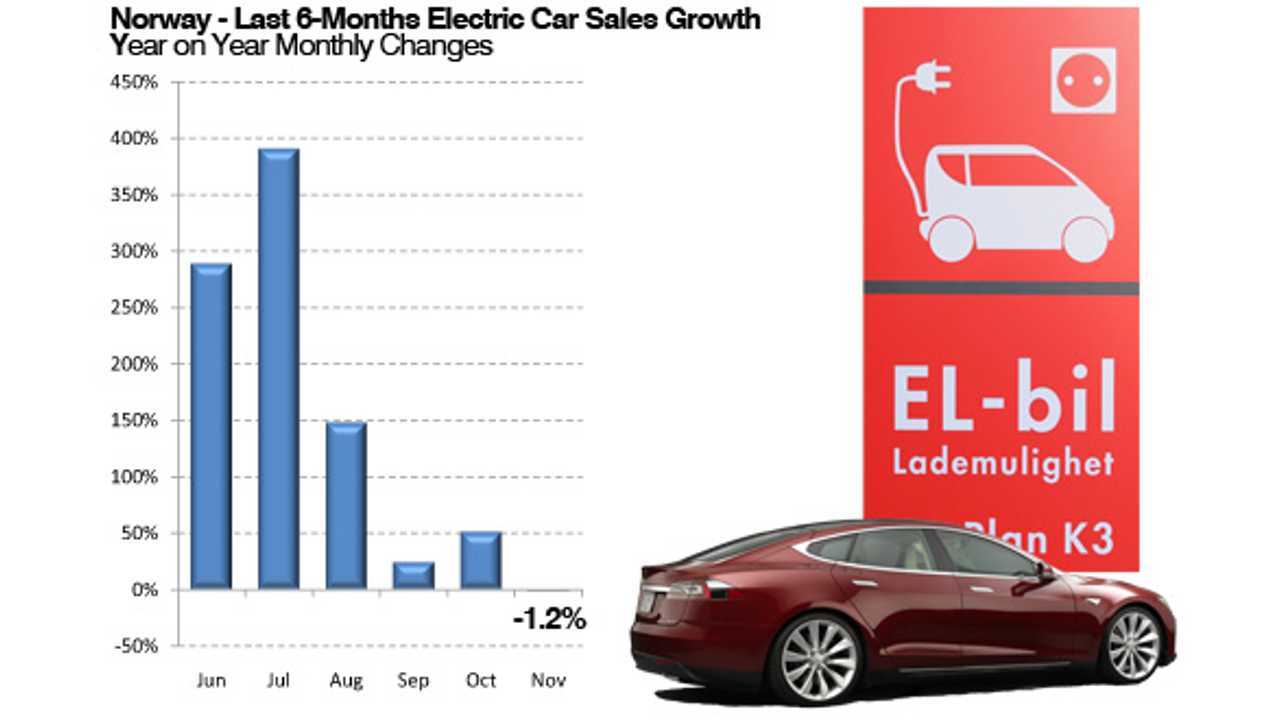 Searching for another pothole in electric car adoption, EagleAID found that sales in Norway stabilized, a situation that EagleAID presents negatively.

It may be audacious to say that a market segment that has been growing at a dizzying rate for most of this and last year may already have peaked.

To put this into perspective, West Europes electric car sales share at the ten months stage - excluding Norway - currently stands at a paltry 0.31 per cent.

That compares with 0.24 per cent during the corresponding period of last year, according to AIDs own data..."

Well, the number of all-electric cars sold is slightly lower than one year earlier, but the whole market shrunk by some 5% and market share for BEVs went up.

The other factor lowering sales could be the production break at the Tesla Factory (Model S is one of the best-selling electric cars in Norway) and then new customers waiting for announced dual motor versions (one third of all registrations in Norway are cars with AWD).

If these factors and others are in play, then we could answer that EV sales in Norway didn't peak.  Guess we'll find out in a few month's time.