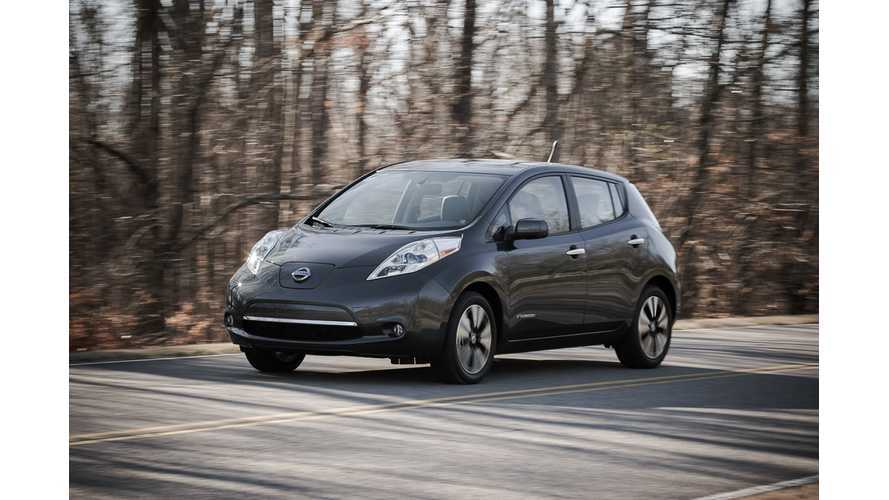 The Forsyth County Sheriff's office has released a statement describing the incident and outcome (we've removed the names of those involved to protect their identity):

(The LEAF driver) was transported to a hospital with non-life threatening injuries.