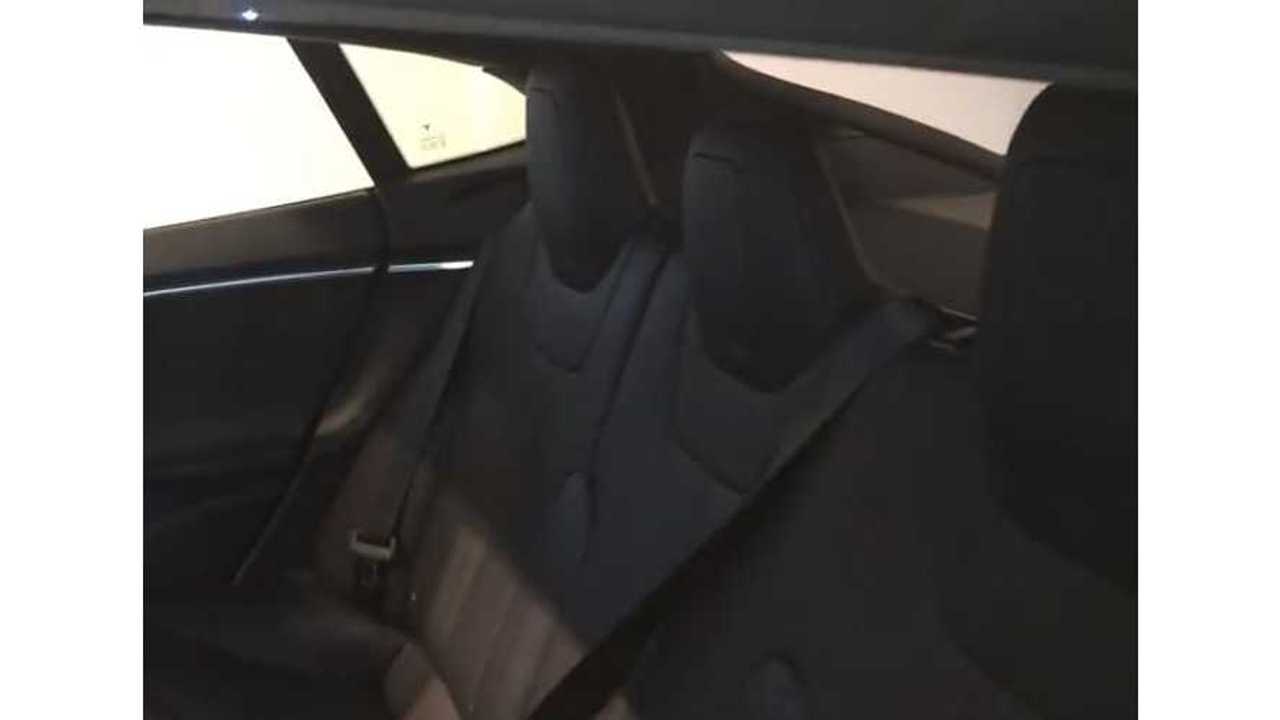 Either the rear seat bench is now thinner or its mounted lower in the vehicle.  Either way, the end results is much-improved rear headroom in the Tesla Model S.

This is a needed change, as we've heard several complaints of head-hitting-the-roof in the back seats of the Model S.

"I tried to capture the new standard back seats in the Model S for you. The ergonomics of the seats changed completely. While i wasn't able to sit upright in the old seats without touching the roof it is now easily possible (6ft / 181cm). I was also able to rest my head on the new higher head rests which are a little softer too."

There's nothing worse than banging one's head on the roof while cruising down the road, so we're glad to hear that Tesla has fixed this issue.