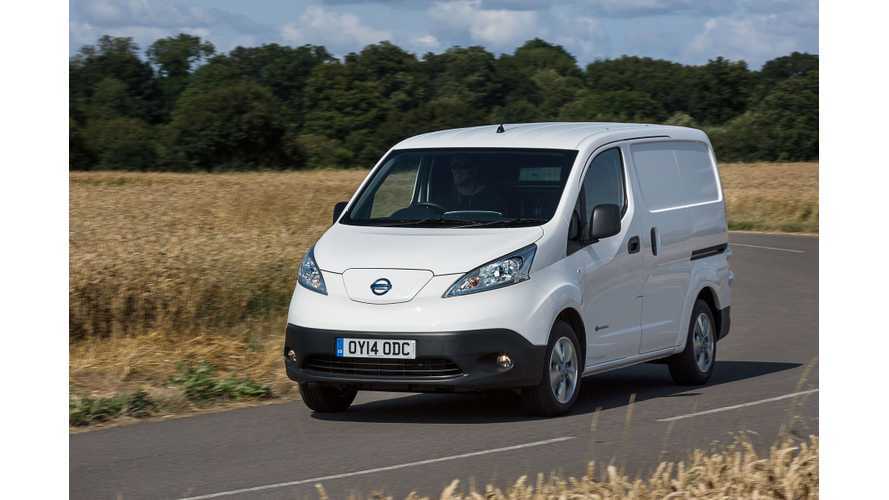 Nissan announced that its e-NV200 recently was awarded for the sixth time.

The most recent win is the Best Green Van honor at the Business Van of the Year awards in London.

Not bad, and sales in just one half year in Europe at 2,300 looks promising too.

"The all-electric Nissan e-NV200 today scooped its sixth prestigious industry award in as many months, winning the Best Green Van honour at the Business Van of the Year awards in London.

The pioneering model triumphed at the independent awards after being put through its paces by an outside panel of expert judges, specialising in their own field and in the SME sector.

Their verdict supports that of the wider motoring media, which has bestowed a string of highly regarded awards on the van since its launch in the summer.

"Going green has never been so easy. The electric e-NV200 is just like the standard NV200 except it costs just two pence per mile to run, has a range in excess of 100 miles, is emission free, and still manages to provide an uncompromising flat load-space floor that takes two Europallets and a 703kg payload."

"It's a brilliant achievement and the van to change the perception of the electric van - it's practical, green, cost effective all in one."

"The fleet and LCV media has been unanimous in its praise for the e-NV200 and the potential this incredible van has to help fleets simultaneously bring down costs and emissions."

"I would encourage fleet operators to try the vehicle for themselves to see just how easily and it could help them make a real impact on both their carbon footprint and their bottom line."