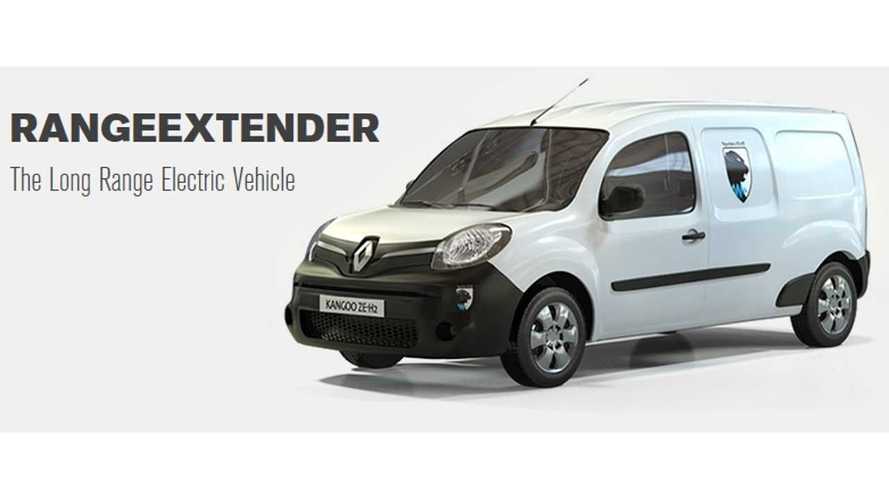 The electric vans are equipped with an ALP10 5 kW FC stack, which support batteries (at a certain level of discharge) to double the range.

The 1.8 kg hydrogen tank is good for up to 100 miles according to the press release, although we don't know how much theses modifications cost.

"In a major step towards the commercial deployment of zero-emission hydrogen-powered electric vehicles, Symbio FCell has put on the road the first five Renault Kangoo ZE Light commercial vehicles (LCVs) powered by its hydrogen Fuel Cell Range-Extender, as part of a full fleet project led by the Conseil Général de la Manche which will rapidly deploy 40 vehicles. This project demonstrates the effectiveness of hydrogen power but also the reliability of Symbio FCell’s as the world-leading provider hydrogen fuel cell Range-Extender."

"La Manche indeed counts amongst the first departments in France to own a hydrogen filling station (active in Saint Lo) and five plug-in hybrid battery fuel cell light vehicles. Furthermore, it has an important potential for low-carbon electricity production, based on marine renewable energies (hydrokinetic and offshore wind) and nuclear."

"The Conseil Général de la Manche aims to put on the road a total of forty hydrogen-powered Renault Kangoo ZE utility vehicles equiped with the Symbio FCell Range-Extender. This technology recharges the battery when it drops below a certain level and permits the vehicle to be refueled with 1.8kg of hydrogen, 1kg of which powers a distance of over 100km; the range-extender therefore almost doubles the daily range of battery powered vehicles, a significant improvement that makes hydrogen-powered electric vehicles more competitive in the automotive markets."

‘The ‘Range-Extender’ increases both driving range and availability of Electric vehicles for commercial usage, while reducing the investment in battery recharging infrastructure for large fleet. Closer to a traditional ICE vehicle, this ensures seamless operations for professional intensive urban usages as demonstrated in previous experimentations such as La Poste’.