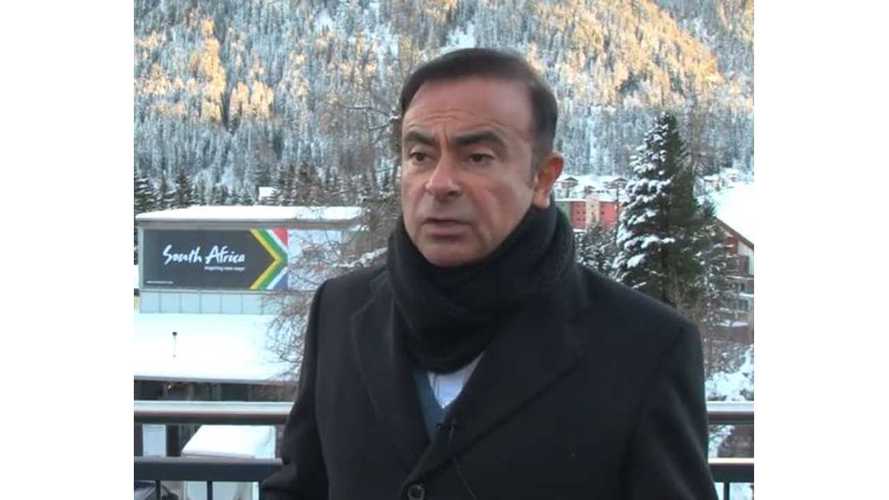 Whenever Renault-Nissan CEO Carlos Ghosn gets the mic, we listen.

This video is from Davos 2015, the World Economic Forum's annual meeting, which took place in...Davos, Switzerland.

CEO Carlos Ghosn shares his insight with you at Davos 2015

Want to know more about Renault-Nissan Alliance CEO and Chairman Carlos Ghosn’s plans for the BRICs , the effect of declining oil prices on EV sales, or what he’s enjoyed most during his tenure as chairman of the World Economic Forum’s Automotive Steering Committee?

Of particular interest to electric cars fans will be Ghosn's response to the following question (from the 1:39 mark):

Do you think further decline of oil prices will hurt electric vehicle sales?