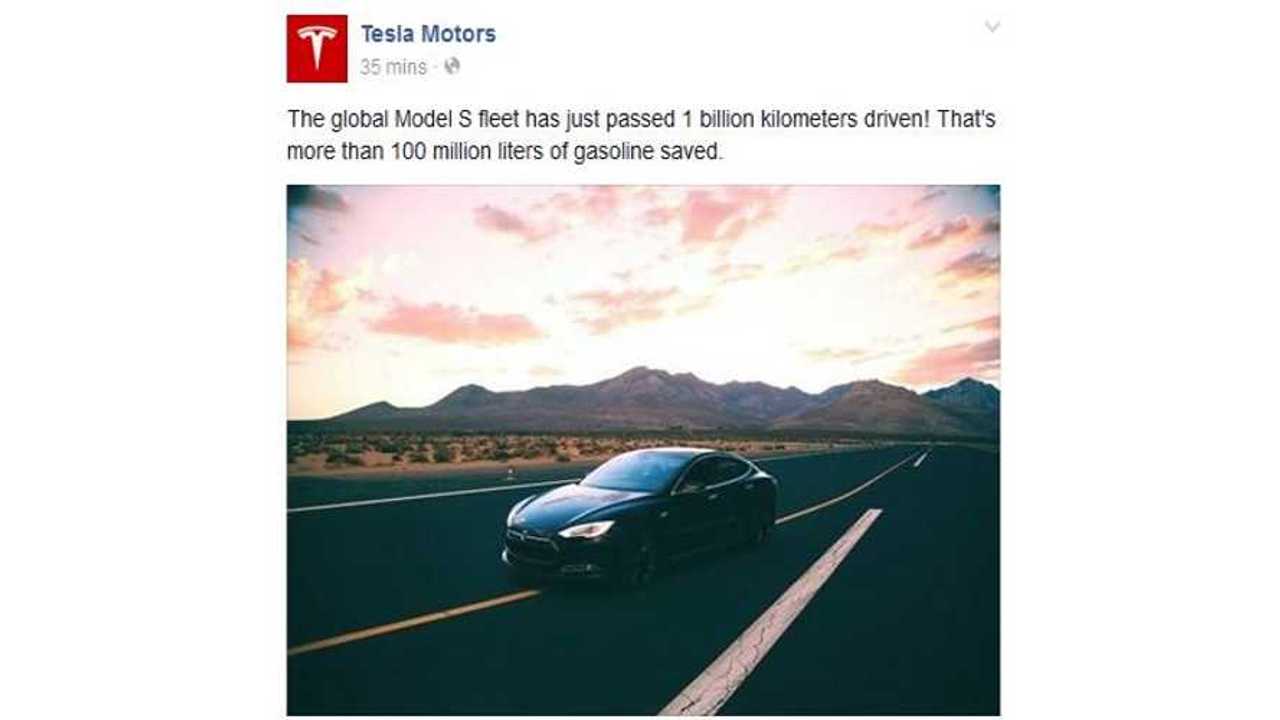 Tesla Motors just announced that the global fleet of Model S EVs have cumulatively driven past the 1-billion-kilometer mark, saving more than 100 million liters of gas in the process.

For comparison purposes, Nissan announced recently that the world's LEAFs surpassed 1 billion kilometers, but that calculation relies on CarWings, of which Nissan states that only 54% of LEAF owners have registered for data collection through the system.

So, figure the world's LEAF are nearer to 2 billion cumulative miles driven and that the fleet of Model S EVs around the globe are at roughly half that at 1 billion.